Gold-on-red Donald Trump yarmulkes have been the clear winners as far as head covers went at the AIPAC conference, the Free Beacon reported. Marc Daniels, who was selling campaign logo yarmulkes outside the Washington, DC conference, told the Beacon the “Donald Trump 2016” model was his best-selling item by far. In fact, Daniels said he was “inundated” with requests for the Trump yarmulkes and sold out almost immediately.

Are the cheap Chinese knockoffs too far behind?


“I totally underestimated the degree of support that Jewish people who are attending this event have for Trump,” Daniels, whose online store, Marc’s Garden Jubilee, specializes in campaign yarmulkes (you can probably order there boxloads of Chris Christies, in Hebrew, for a song). “I probably had about 50 inquiries for Trump yarmulkes that I could not fulfill,” Daniels said, sadly.

He only unloaded two or three Ted Cruz yarmulkes and three or four John Kasich, the vendor confided. He was also stuck with a large inventory of Hillary Clinton and Bernie Sanders yarmulkes, and no one was interested.

So, this is probably not scientific, but the yarmulke market has spoken: the Orthodox Jewish vote is committed to Trump. Because, unlike a button or a sticker, a yarmulke requires a special dedication, which means that, as Daniels put it, “If someone is going to buy a yarmulke, you have to assume they support the candidate.” Also, those things cost $15 a pop — how’s that for putting your money where your mouth is? For comparison, the Martin Luther King Yarmulke goes for only $10.

In case you were wondering — as of Wednesday morning, there are 189 units in stock.

Incidentally, Daniels’ website attached to the MLK page a priceless quote from a 1965 JTA report about the Selma, Alabama civil rights march: “Hundreds of Negro freedom marchers today wore yarmulkes (skullcaps), in respectful emulation of rabbis who participated in demonstrations in Alabama as Jewish participation in the march from Selma to Montgomery. The Alabama Negroes called the yarmulkes “freedom caps.” The demand for yarmulkes was so great that an order has been wired for delivery of 1,000 when the marchers arrive in Montgomery later this week for a great demonstration at the state capitol. While not assuming the Jewish faith, many Negroes adopted the yarmulke as a symbol of their movement.”

Inspiration from Zion: “The Temple Mount is in Our Hands!” 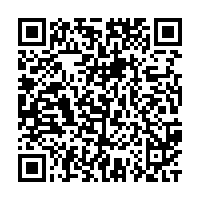