UN Secretary-General Ban Ki-moon said he regrets a “misunderstanding” over his use of the word “occupation” to describe Israel’s annexation of Jerusalem. The unfortunate comment has led to Israel expelling dozens of United Nations staff, Reuters reported.

Earlier this month Ban used the word “occupation” to describe Israel’s annexation of Jerusalem in 1968, when it took over the holy city from its occupier, Jordan. “His use of the word was not planned, nor was it deliberate, it was a spontaneous, personal reaction. We regret the misunderstandings and consequences that this personal expression of solicitude provoked,” UN spokesman Stephane Dujarric told reporters.

Ban said the word during a visit to refugee camps in Judea and Samaria where Arabs who claim to own eastern Jerusalem reside. Israel then ordered the United Nations to pull out dozens of civilian staffers and close a military liaison office for the UN peacekeeping mission. It said its decision was irreversible.

“Nothing [Ban] said or did in the course of that trip was meant to offend or express hostility toward the Jewish State, which is a valued member of the United Nations,” Dujarric said.

Israel has accused Ban of dropping the United Nations’ neutral stance on the Jerusalem dispute.

“The position of the United Nations has not changed,” Dujarric said. “He has not and will not take sides on the issue of Jerusalem.”

Every single thing reported in this story is true — except that it wasn’t Israel but Morocco who went ape-crazy when Ban dared call their annexation of Western Sahara an occupation. He did it during a visit to the refugee camps in southern Algeria for the Sahrawi people, who contend Western Sahara belongs to them.

Which offers a wonderful lesson in diplomacy: when a country believes in its rightful ownership of some territory, it must treat anyone who believes otherwise like dirt and throw a tantrum. It always gets results. But do most Israeli leaders truly believe Jerusalem belongs to Israel? Good question. 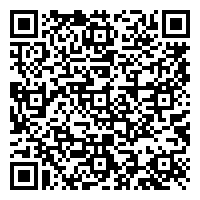