The majority of the rockets landed in the Eshkol Regional Council.  No damage or injuries were reported.


Four rockets landed in open areas in the regions of Sderot, Hof Ashkelon, and Eshkol after 9am.

Red alert warning sirens went off throughout the night, with residents being advised to stay within 15 seconds of bomb shelters.  Fifteen seconds is the approximate amount of time between the start of a warning siren and the explosion of a rocket.

On Sunday, 7 rockets landed near the heavily-populated cities of Beersheba and Ashekon.  School was cancelled for approximately 40,000 school children.

An escalation in rocket fire began last Wednesday, when over 80 rockets and mortars were launched against Israeli civilians from Gaz, damaging eight homes in five Israeli towns.  As Israel prepared to ramp up its response to Hamas and the Popular Resistance Committees – which claimed responsibility for the attacks – Hamas requested a ceasefire through Egyptian intermediaries.

On Sunday, Prime Minister Binyamin Netanyahu’s cabinet passed a plan to fortify all homes between 4.5 and 7 kilometers from Gaza at an estimated cost of $70 million.

The 26-town plan will mean the installation of 1,629 safe rooms in homes as well as the fortification of schools between 7 and 15 kilometers from Gaza.  The project is estimated to be completed by the end of 2013. 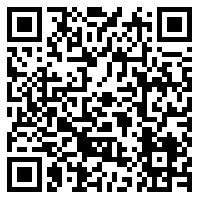