A small Philadelphia suburban community is a significant contributor to the increasing number of young American Jews moving to Israel and enlisting in the Israel Defense Forces.

Lower Merion has long been one of the most prosperous neighborhoods in North America, dotted with private schools and awash with backyard swimming pools and expensive cars.  Over the course of the past 15 years or so, the Jewish population there has been expanding rapidly, and what many years ago had been a largely wealthy Anglo-Saxon Protestant community now boasts nearly a dozen synagogues, four Conservative,  five Orthodox, and two Reform.


And in this community Jewish parents no longer only ask their children to which Ivy League schools will they apply, now an increasing number are asking them in which elite IDF units they want to serve.

According to the IDF spokesperson’s office, the summer of 2012 has set a record of 350 Jewish American teenagers enlisting in the Israeli military.

Deputy Head of the Nefesh B’Nefesh organization Erez Halfon recently said about the big boost in Americans seeking a place in the IDF: “this is the best answer to Iran’s and Hezbollah’s terror activity: Jewish teens from North America that leave behind the easy life for the Zionistic ideal.”

Between the ages of 18 and 22, 120 of these teens will fly to Israel  together in a Nefesh B’Nefesh flight in the coming weeks. The Nefesh  B’Nefesh organization along with the Friends of the IDF (FIDF) and the  Israeli Scouts’ Garin Tzabar program accompany the volunteers throughout  their integration in Israeli society and enlistment to the IDF. Upon moving  to Israel, the soon-to-be soldiers will also be supported by Ministry of  Immigrant Absorption and the Jewish Agency for Israel.

One of those 120 teens is Jake Marcus, of Lower Merion, Pennsylvania.  His Aliyah flight is August 20th.

Although Marcus had traveled to Israel with his family, it was the two-week trip he took with his middle school, Abrams Hebrew Academy in Yardley, Pennsylvania, that he credits with really turning him on to the Jewish State.

Rather than just the usual Israel highlights that most American tourists visit, the Abrams trip was especially focused on making connections with IDF soldiers and visiting sites that typically are considered off-limits for security reasons.

Marcus went back to Israel for extended periods of time throughout his high school years.  But what clinched it for him was being in Israel for Israel’s Memorial Day and Israeli Independence Day.  As he described what that experience was like, this rock-solid boy-man with a beard and a “six-pack” stomach had to brush away the tears that ran down his cheeks.

“Everyone comes together, everyone has a sense of what it means, there is a connection to the land and to each other,” Marcus said. “I knew I wanted to be a part of that and I wanted to give it my best. I chose to make Aliyah so that I can do my best by serving in an elite unit.”

He remembers being told by a man in his community that all Jewish youth who are dedicated to Israel are “God’s soldiers.”  Marcus quickly explained that it wasn’t meant literally, and that everyone is a soldier in different ways, “but this is my way, this is what I am meant to be.”

Pearl Graub Goldstein, Akiva’s mother, explained that there were several reasons why her son decided to make Aliyah and join the IDF.

For one thing, Goldstein encountered several instances of anti-Semitism from opposing teams while playing on the athletic teams of his Jewish middle School and his Quaker high school.  For another, because he was the token knowledgeable Jew in high school, it intensified his identity.  Goldstein thought that if he, an identified, caring, spiritual Jew doesn’t do his part to protect the Jewish homeland, who will?

July 15, 2010 is the day Goldstein told his parents that he planned to make Aliyah and join the IDF.  Graub Goldstein remembers the date so clearly because she was sitting shiva for her father.  She told her son, “I just lost my father, please, I need a few days to process this.”

But her son’s mind was made up and Pearl and David Goldstein are incredibly proud of that decision.  Akiva Goldstein plans to go to college when he finishes in the military, and perhaps he will go on to medical school.  For now, however, their son has made it into an elite IDF unit and they could not be more proud.  “He’s fulfilling his dream, he’s doing something with his life that’s really worthwhile,” his mother said,  “not only for himself, but for Israel.” 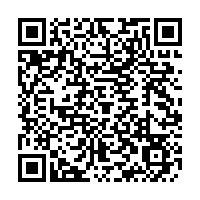