Anti-Semitism is skyrocketing in the United States, according to the latest report by the New York-based Anti-Defamation League (ADL).


Among those were 12 physical assaults and 584 incidents of vandalism, including 52 against Jewish institutions. The states with the highest number of incidents included New York (267), California (197), Massachusetts (117), Florida (69) and Pennsylvania (58.)

In New York State (recorded separately from New York City), there were eight assaults, 167 incidents of vandalism and 92 incidents of harassment.

The State’s total of 267 incidents in nine months has already exceeded the 199 incidents recorded in New York for the entire 12 months of 2016.

In the New York City metro area, from January 1 to September 30, 2017, there were 171 anti-Semitic incidents reported in the five boroughs of the city, compared to 89 incidents in 2016 — a 92 percent increase for the same period. Nearly 80 percent of the incidents occurred in Manhattan and Brooklyn:
Manhattan: 76
Brooklyn: 63
Queens: 20
Bronx: 7
Staten Island 5
Long Island 32 (Nassau: 22, Suffolk: 10)
Westchester, Rockland, Upstate: 64

In Brooklyn, an Orthodox Jewish woman was assaulted, her wig pulled off in September. In Manhattan, a swastika was carved into a seat on a subway car in August. in May, a Jewish woman’s mezuzah was ripped from her doorpost, smashed and thrown on the floor. In the Bronx, anti-Semitic graffiti was found on the home of a Jewish family in September. In Queens, K-8 school officials found a swastika and the phrase “No Jews” scrawled in a bathroom this past May. A sign at JFK Airport was vandalized to read: “Any problem with Jews please call . . . ” It goes on and on and on.

ADL New York Regional Director Evan R. Bernstein noted that the pace of incidents has increased over the past several weeks. “We’ve seen swastikas scrawled on the front door of a synagogue in Manhattan, anti-Semitic flyers appearing on campus, and a Jewish residence vandalized on Staten island,” he said. “We cannot be complacent in the face of these attacks.”

The ADL said the figures represent a 67 percent increase over the same period last year. More troubling, the numbers exceed the 1,266 incident that were reported in all of 2016.

In August, the ADL recorded what it called “a ‘meta-event’ rarely seen in America” — the white supremacist ‘Unite the Right’ rally in Charlottesville, VA, which featured the display of swastika flags, chants of “Jews will not replace us!” and other overt anti-Semitic acts.

Anti-Semitic incidents spiked on and immediately following Charlottesville. The ADL reports that 221 of the 306 incidents reported in Q3 took place on or after the August 11 rally.

The Charlottesville rally was one of at least 33 public white supremacist events in the U.S. so far this year, which were supplemented with 188 incidents where white supremacists used flyers to spread their message to new audiences, especially on college campuses.

On college campuses, a total of 118 anti-Semitic incidents were reported in the first three quarters of 2017, compared to 74 in the same period of 2016 – an increase of 59 percent.

“Especially disturbing is the high number of anti-Semitic bullying and vandalism incidents that have taken place in K-12 schools and on college campuses across the U.S.,” said Jonathan A. Greenblatt, ADL National Director.

“We are deeply troubled by the rising number of anti-Semitic incidents, bullying, and hate in our nation’s schools and we don’t think the statistics paint a full picture of what is happening,” Greenblatt said. “Many school-based incidents still go unreported.

Israel’s deputy Foreign Minister Tzipi Hotovely is heading to the United States on a tour to combat the Boycott, Divest and Sanctions campaign against Israel, a movement that has often been referred to as the “new anti-Semitism.” 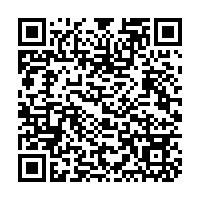