For the first time in its existence, AIPAC plans to support financially the campaigns of pro-Israel incumbents and candidates by forming two political action committees.


“Throughout AIPAC’s history, the board of directors has consistently adjusted our political strategy to ensure we could remain successful in an ever-changing Washington. The D.C. political environment has been undergoing profound change. Hyperpartisanship, high congressional turnover and the exponential growth in the cost of campaigns now dominate the landscape,” Korn wrote in a letter. “As such, the board has decided to introduce these two new tools. The AIPAC PAC will highlight and support current pro-Israel Democratic and Republican members of Congress, as well as candidates for Congress.”

Contrary to what many of its detractors believe, AIPAC has not directly provided funding to candidates and political campaigns in its 70-year history, with the “PAC” in its name instead standing for Public Affairs Committee. Rather, it organizes its members to lobby for pro-Israel legislation.

Its PAC will be a federal political action committee that will allow it to contribute a total of $5,000 to a candidate or to their campaign committee per election. The super PAC, which has not yet been given a name, can spend unlimited amounts supporting or opposing federal election candidates but cannot directly donate or coordinate with the candidates or parties.

According to an AIPAC official who was willing to speak without attribution, the PAC will be led by Marilyn Rosenthal, while the Super PAC would be led by Rob Bassin.

The PACs’ creation is part of several new AIPAC initiatives launched over the past couple of years, including an increased social-media presence, a digital initiative and a forthcoming AIPAC app.

The official said that so far, the initiatives have significantly increased AIPAC’s membership to more than 1.5 million members.

“The creation of a PAC and a Super PAC is an opportunity to significantly deepen the involvement of the pro-Israel community in politics,” AIPAC spokesman Marshall Wittmann told JNS in an email. “The PACs will work in a bipartisan way.”

Steve Grossman, CEO of Initiative for a Competitive Inner City, who served as AIPAC president from 1992 to 1996, is a lifetime board member and former chairman of the Democratic National Committee, said he supported the move from AIPAC in this political climate.

“Having seen the changes and evolution in American politics over this past particularly dozen or so years, I’m supportive of what AIPAC has done because it will give the organization and its members an even more significant opportunity to play an active role in American political life at a time when that is essential,” he said. “To the extent, that we’ve become so polarized and politics has become so vitriolic, I think you have to constantly develop new approaches, new tools and techniques.”

AIPAC’s strength, he said was in the grassroots organizing it did on behalf of causes beneficial to the security of the United States and Israel.

The members, he said, were “citizen activists.” One of the most powerful tools, he noted, had been the national lobby day when members descended on the U.S. Capitol once a year to support legislation fitting their mission, vision and values. These include believing in a strong U.S.-Israeli relationship as “being central to democracy” and central to the security of the United States, said Grossman.

Still, AIPAC’s effect on federal races came from individuals who strongly vied for a candidate organizing on their own locally and helping to raise money on behalf of that candidate on their own.

Given the explosion of money in politics, which Grossman thinks isn’t healthy, the move was necessary.

“You can’t put your head in the sand and act like it isn’t happening,” he said. “I mean, this is a way to be more competitive, more active, more energetic and more impactful.”

Grossman said the pro-Israel cause always had strong support from Democrats and Republicans. Even if there were always a few outliers, it was virtually a consensus, he stated.

“Unfortunately, even the pro-Israel cause has become a battlefield,” he acknowledged. “So how do we have a meaningful impact and continue to support things that we believe are central to our values, and to the health and well-being of the State of Israel and the United States? As Americans, that’s what we work all the time to protect, preserve and enhance.” 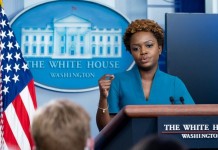 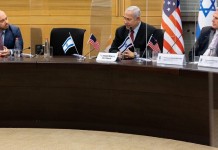 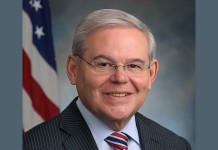