WASHINGTON – Pro-Israel officials rolled their eyes this week in response to the opposing spins about their support for President Obama’s drive to punish Syrian President Bashar Assad for his purported use of chemical weapons against his own people.

Some suggested that once again the tail was wagging the dog and Israel was leading the United States into another Middle East war. Others charged that the president’s arm-twisting was forcing the pro-Israel community to take sides in a congressional debate it would rather avoid.


Whatever the truth, Obama’s concerns about letting the alleged Aug. 21 chemical weapons attack go unpunished dovetailed with broader pro-Israel concerns about maintaining U.S. credibility in the region and the dangers of unconventional weapons.

“A lot of folks are watching, friends and foes,” said David Harris, executive director of the American Jewish Committee. “If we blink, if we flinch, foes will draw their own lessons and the world will become a more dangerous place.

“And friends are also watching, including friends in the Arab world, friends in Israel, elsewhere. They will draw their conclusions, fairly or unfairly, that they cannot necessarily rely on the United States.”

Jewish groups were hesitant initially to support Obama’s push to strike following an attack that is said to have killed more than 1,400 Syrian civilians, including several hundred children. But the reluctance all but evaporated after top Obama advisers outlined the administration’s proposed legislation in a conference call last week with Jewish leaders.

The next day, Sept. 3, the American Israel Public Affairs Committee mobilized its grassroots to call members of Congress. On Tuesday, 250 of its top members held one-on-one meetings with lawmakers on Capitol Hill.

The lobby’s talking points, as outlined by an AIPAC official who spoke anonymously, are twofold. “One, there is a very strong strategic case: If we are to deter Iran from obtaining an unconventional weapon, we must stop its proxy Syria from using them without consequence,” the official said.

“Then there is the moral case: Barbarism on a mass scale must not be given a free pass. We have sent the photos and videos of hundreds of children being stricken, and it is imperative America must act.”

Despite the forcefulness of AIPAC’s push and the lobby’s vaunted clout on Capitol Hill, Obama faces an uphill battle in gaining support from Congress for a strike. In the U.S. House of Representatives, sentiment leans against authorizing a strike. The Senate appears to be split evenly.

The nod from AIPAC and other pro-Israel groups could help shift the balance – in part because lawmakers tend to defer to groups considered expert on a given topic, but also because of the fundraising prowess associated with the pro-Israel community.

AIPAC’s support is joined by that of other leading American Jewish groups, including the Anti-Defamation League, the Conference of Presidents of Major American Jewish Organizations and the Jewish Council for Public Affairs. Notably, both partisan Jewish organizations – the Republican Jewish Coalition and the National Jewish Democratic Council – are backing Obama.

“AIPAC wants this war” was the headline over a string of posts by Andrew Sullivan on his influential Daily Dish blog over the weekend. And the conservative Jewish radio personality Michael Savage blamed Israel outright on his syndicated talk show.

“I’m sick of this slavish worship of Israel,” Savage said, according to the conservative website Newsmax. “No, it’s America first and Israel’s the tail, not the dog. We’re the dog, they’re the tail. And I’m sick and tired of America being yanked around like we’re the tail and they’re the dog.”

Until recently, Israel had maintained a careful distance from pronouncing on the Syrian civil war, except to note that it would respond to any attack on Israel – by the government or the rebels. But The New York Times reported that Israeli Prime Minister Benjamin Netanyahu was reaching out personally to some congressional leaders at Obama’s urging.

Neither the Israeli embassy nor U.S. congressional leaders would confirm the Times report. But in the wake of the chemical attack, Israel has grown more vocal in supporting a response that would degrade Assad’s unconventional weapons capability. 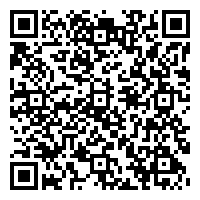