Protests erupted in at least 40 cities across Iran on Monday, including in the capital Tehran, with protesters yelling slogans such as “Death to the dictator,” and “the leader lives like God while the people live like beggars,” according to reports from the National Council of Resistance of Iran (NCRI) and international media.

According to reports, the death toll in Iran has risen to 20 since Thursday, as protesters attacked police stations late Monday night, confronting security forces in what Reuters called “the boldest challenge to the clerical leadership since unrest in 2009.”

Vice President Mike Pence has been unambiguous on the administration’s resolution to avoid repeating the failure of the Obama administration to boost the 2009 Iranian uprising. He tweeted that the president and himself “stand with peaceful protesters in Iran who are speaking out for freedom, and we condemn the arrests of innocents. The time has come for the regime in Tehran to end terrorist activities, corruption, and their disregard for human rights.”

But what if the protesters are no longer peaceful? What if Iran is swept by rivers of blood in the streets? VP Pence on Monday tweeted what amounted to a promise to help the Iranian protesters: “As long as @RealDonaldTrump is POTUS and I am VP, the United States of America will not repeat the shameful mistake of our past when others stood by and ignored the heroic resistance of the Iranian people as they fought against their brutal regime. The bold and growing resistance of the Iranian people today gives hope and faith to all who struggle for freedom and against tyranny. We must not and we will not let them down.”

No one has any idea what that actually means, for the mean time. Some in the US have suggested that taking Iranians of the no entry category could go a long way to alleviate the economic woes of everyday Iranians – but that’s not a likely direction for the Trump administration to follow. Increased economic sanctions are not going to improve unemployment and poverty in Iran. So what else is there?

Voices on the left, including former Secretary of State John Kerry, have been advocating staying away from what is becoming an Iranian popular uprising. Voices on the right, such as Fox News, are advocating even bolder statements on the part of the White House, as well as intense sanctions, not against the Iranian people, but against specific Iranian companies and financial institutions. But surgical sanctions that only harm the bad guys look better on paper than in reality.

The Iranian regime is warning protesters they would face harsh reprisals, or, as Interior Minister Abdolreza Rahmani Fazli put it: “Those who damage public property, violate law and order and create unrest are responsible for their actions and should pay the price.”

But the Ayatollahs’ regime is also showing signs of trying to meet some of the protesters’ demands. On Monday, Iranian President Hassan Rouhani said that “recent protests seem to be a threat, but they are actually an opportunity to see what the problem is.”

Rouhani said, “We should listen to this voice and turn it into an opportunity. We should see what the problem is and also what the solution is.”

Meanwhile, angry protesters are burning government buildings and are unafraid to confront security forces in the streets. Armin Navabi tweeted: “Female protester to older Iranians: “You raised your fists and ruined our lives [in the 1979 Islamic revolution]. Now we raise our fists [to fix your mistake]. Be men, join us. I as a woman will stand in front and protect you. Come represent your country.”

Iranian tweets have shown the first video of protesters dragging bodies away under heavy gunfire from Revolutionary Guard forces on the street. One man in the video yells: “Come help us!” as they drag the dead bodies of their fellow protesters.

Countdown to Blessings – Pull Up a Chair [audio] 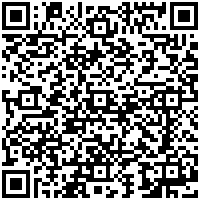