Former Vice President Joe Biden came out to speak with his supporters near his home in Delaware after the polls closed on Election Night, about an hour after midnight.

Oddly, the Democratic candidate somehow felt it appropriate to make a quasi victory speech, brief though it was, even though a number of states still have yet to count their votes.


Biden presented an image of smiling confidence as he took to the podium with his wife next to him.

“We believe we’re on track to win this election,” he told his supporters, but cautioned, “We’re going to have to be patient. It ain’t over till every vote, every ballot is counted,” he said, with an oblique nod to the fact that some states won’t return their results until all mail-in ballots are counted, and those which are post-marked on Election Day are legally counted until November 13.

“But we’re feeling good about where we are,” Biden said. “It’s gonna take time to count the votes. We could know the results as early as tomorrow morning,” he said, offering the possibility that the race might be over definitely, if enough Electoral College votes are won without the mail-in states.

“I’m optimistic about this outcome; I want to thank all of you who came out … You’ve done a great job. I’m grateful to all of my supporters, all of you. Keep the faith guys, we’re gonna win this.

The Race to 270
A candidate wins the election when he has acquired 270 Electoral College votes. Here’s the current situation as of 01:00 am Wednesday.

But the numbers are still changing so ultimately, the jury’s still out. Stay tuned. 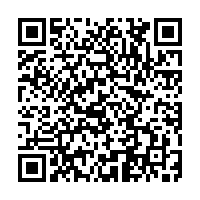