Congress Members Alexandria Ocasio-Cortez of New York, Ilhan Omar of Minnesota, Ayanna Pressley of Massachusetts, and Rashida Tlaib of Michigan, known as “The Squad,” have all regained their respective congressional seats by decisive margins. The anti-Jewish and anti-Israel prejudices repeatedly expressed by the members of the Squad over the past few years have been met with anxiety by many American Jews. In August 2019, Israel blocked Omar and Tlaib from visiting the Jewish State, a move that a spokesman for Interior Minister Arye Deri attributed to Omar and Tlaib’s support for the Boycott, Divestment, and Sanctions against Israel.

Ocasio-Cortez, Omar, and Tlaib endorsed Bernie Sanders for president in 2020, while Pressley endorsed Elizabeth Warren – both candidate being irrationally harsh critics of Israel. Neither democratic Senator made it to the party’s nomination, but following Tuesday’s elections a fifth member has joined the four Congresswoman: Cori Bush, another Democrat who supports boycotting Israel, will represent Missouri’s 1st congressional district in the St. Louis area in the House.


In late July 2019, the Illinois Republican County Chairmen’s Association called the four congresswomen the “Jihad Squad.” Now the squad, which constitutes the extreme-left faction in the Democratic House of Representatives, has brought into national politics, in addition to Cori Bush, Jamaal Bowman who unseated Rep. Eliot Engel of New York, and Marie Newman of Illinois, who also unseated a centrist incumbent.

The Squad has presented House Speaker Nancy Pelosi with a near-existential challenge, as Keeanga-Yamahtta Taylor wrote in Jacobin Magazine (Why Nancy Pelosi Hates the Squad). Taylor Taylor believes that the popularity of the progressives in Congress reflects the growing popularity of democratic socialist ideas across the country, especially among the younger demographic groups.

“These tensions have been heightened because the Democratic Party believes it can win the White House in 2020 and Congress if it calculates correctly,” she wrote. “For most of the party, and certainly its leadership, this strategy rests on Trump being too racist and reckless for moderates and even some traditional Republican voters to stomach.” This is why Pelosi has warned these radical Democrats that, “By and large, whatever orientation they came to Congress with, they know we have to hold the center … We have to go down the mainstream.”

Good luck with that. Pelosi, who ended up endorsing AOC, also claimed that “all these people have their public whatever and their Twitter world … But they didn’t have any following … They’re four people, and that’s how many votes they got (in the House – DI).”

That’s about to change. Whether Joe Biden wins or loses this week, Pelosi will surely have to deal with and control more than “four people.” The reality is that the democratic party is undergoing a deep change before our eyes, and cannot hope to hold on to the House without giving the Squad a seat at the grownups’ table. And this will inevitably bring about a significant change in the traditional friendship between the Democratic party and the State of Israel.

Or, to put it in terms we all understand: Next Omar and Tlaib – and who knows who else – will show up at Ben Gurion Airport, the Netanyahu government will probably have to let them in. And their next move, make no mistake about it, would be to launch a fact-finding mission on the Israeli “occupation.” 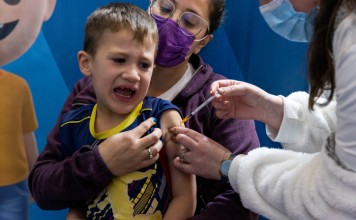 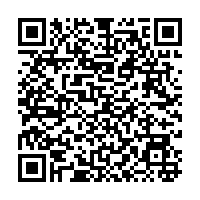