A bill co-sponsored by US Rep. Josh Gottheimer (D-NJ) and Rep. Brian Mast (R-FL) that would allow the US to transfer bunker-buster bombs to Israel in the event of an Iranian nuclear escalation, is set to be rolled out this coming Friday, according to a report Tuesday by the Jewish Insider.

“Iran and its terrorist proxies throughout the region must never be able to threaten the US or Israel with a nuclear weapon,” Gottheimer said in a statement to the Jewish Insider.

The Massive Ordnance Penetrator (MOP), the particular bunker-buster bombs referred to in this bill, is a munition weighing approximately 30,000 pounds (14,000 kilos) and is specifically designed to take out targets hidden deep beneath the surface.

In 2015, the US agreed to sell Israel $1.9 billion in arms that included missiles capable of penetrating several meters of concrete; a move intended to calm Israeli fears over the JCPOA nuclear deal signed by the United States and five other world powers with Tehran.

The Natanz uranium enrichment facility that was targeted in an attack this summer was reportedly build eight meters underground and protected with a 2.5-meter concrete cover. The facility was severely damaged by the fire but the cause has still not been determined.

Iran announced in September that a new production hall was under construction to replace the damaged facility.

Hezbollah has taught these skills to the Iranian-backed Hamas terrorist group that maintains an iron grip on the Gaza Strip and its associated terrorist organization, the Palestinian Islamic Jihad group. Both groups also build underground terror tunnels across the border into Israeli territory for the purpose of kidnapping soldiers and attacking Israeli civilians. 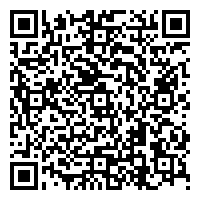