The Taglit-Birthright program says it will continue to accept applicants to its free trips to Israel without pre-screening for potential infiltrators from far-left organizations attempting to disrupt the tours once they’re underway.

There have been several such incidents already in the past year that were carried out by infiltrators from the IfNotNow anti-Israel organization.

The operatives began the tour with Birthright and then towards the end of the trip stood up on the bus, delivered a political harangue and announced they were leaving to join a pre-arranged tour of Hebron with guides from Breaking the Silence, inviting other Birthright participants to join them.

They also made certain to film their disruption of the Birthright tour; such video clips are valuable in recruiting like-minded individuals looking for ways to hurt Israel and indeed, these videos have gone viral on social media.

A spokesperson for Birthright told the Haaretz news outlet, “As an apolitical organization Birthright Israel has no official position on Israel’s borders. We constantly work with our tour guides to ensure they illuminate the broader context and full complexity of the geopolitical issues at hand, without any partisanship.”

IfNotNow members have been stopping Birthright participants at the airport prior to boarding their flights for Israel, and handing them material about the “occupation.”

Nevertheless, Birthright told Haaretz, “As stated in our website, Birthright Israel does not inquire about the political views of its applicants and will continue welcoming all Jewish young adults from around the world, so long as they do not disrupt the experience of other participants or intentionally divert from the tour’s itinerary.”

Yes, You Can Control Your Emotions 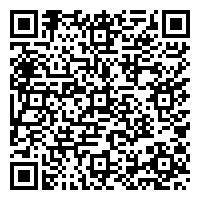