US CENTCOM Commander General Kenneth McKenzie arrived in Israel Thursday for a 24-hour visit to hold talks with IDF Chief of Staff Aviv Kochavi and other top leaders about the situation with Iran and other regional security challenges.

This is the first high-level visit by a top Biden Administration official.


It is also the first since the Pentagon transferred Israel from the jurisdiction of the European Command (EUCOM) to that of the US Central Command (CENTCOM), a move ordered by former President Donald Trump just before he completed his term in office.

CENTCOM works closely with Arab states in the region.

Last year’s normalizations agreements signed between Israel and Arab states in the Gulf, northern Africa and Sudan brokered by President Trump showed the strategic benefit gained by adding Israel to the CENTCOM group, especially given the threat posed by Iran.

Last month, McKenzie told journalists that America was “prepared to react” if the Islamic Republic decided to launch an attack to mark the first anniversary of the assassination of Qods Force Commander Qassem Soleimani, according to France24.

Speaking during a tour of the Middle East the week prior to January 3, the four-star Marine general told the journalists in a telephone interview from an undisclosed location, “We’ll be prepared for anything the Iranians or their proxies acting for them might choose to do.” He told reporters at the time that he had visited Baghdad and also had gone to Syria to meet with American service personnel near the border with Jordan and Iraq. 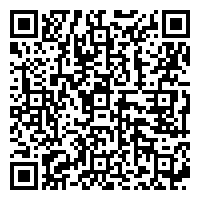