Following a message from a professor on the Facebook page of San Francisco State University (SFSU) Arab and Muslim Ethnicities and Diasporas (AMED), calling the welcoming of pro-Israel students a “declaration of war,” 60 organizations and many concerned citizens demanded an investigation.

The post was written by AMED’s director and SFSU Professor Rabab Abdulhadi, who has been accused in the past of supporting terrorism and anti-Semitism. She posted in response to SFSU President Wong’s apology to Jewish students for years of discrimination and harassment, and his affirmation that “Zionists are welcome on campus.”


“I consider the statement below from President Wong, welcoming Zionists to campus, equating Jewishness with Zionism, and giving Hillel ownership of campus Jewishness to be a declaration of war against Arabs, Muslims, [and] Palestinians,” Abdulhadi wrote.

After Abdulhadi posted her message, numerous fliers, chalkings and graffiti stating “Zionists Are NOT Welcome” were placed across the SFSU campus, including on an employee bulletin board. A few days later, Professor Abdulhadi further clarified her position on her personal Facebook page, stating, “Zionists are NOT welcomed on our campus.”

Chancellor White confirmed SFSU’s corrective actions in an emailed reply to AMCHA Initiative’s director, Tammi Rossman-Benjamin, who discovered the hateful post and spearheaded the effort to bring it to CSU’s attention, and further clarified, “As I write you, it is not yet clear whether this faculty member will comply with the request. If not, the University will explore all appropriate options with respect to this conduct.”

In response, AMCHA coordinated a letter from the 60 groups commending Chancellor White, the CSU Trustees and President Wong for their swift, forceful and appropriate response, and for standing up against exclusionary behavior that fosters intolerance and puts all students at risk.

The groups’ thank-you letter concluded by saying: “We would also like to point out that such departmental misbehavior does not happen in a vacuum. If the head of an academic unit is willing to use her program’s official social media platform to target a group of students on campus with hateful and discriminatory messages, it is reasonable to ask whether such messages are also being conveyed in the classroom or conference hall. We hope that you will fully investigate AMED, and any other academic unit on a CSU campus that would misuse the university’s name and resources to promote hatred and bigotry against CSU students.”

In a message to the campus community, President Wong stated: “While [Prof. Abdulhadi] is entitled to voice her own opinion, it cannot be done in a way that implies university endorsement or association. Dr. Abdulhadi’s post does not reflect the opinions, values, or policies of San Francisco State University…All are welcome at SF State and a diversity of perspectives helps us grow as an institution. SF State is taking corrective action and will affirm this core principle in its social media policies and practices to avoid confusion and better safeguard the university’s web presence in the future.”

For years, Jewish students at SFSU have reported numerous acts of harassment, discrimination, intimidation and suppression of speech at the hands of anti-Zionist students and faculty. Just last month, more than a dozen Jewish students affiliated with SFSU Hillel, including the organization’s student president, wrote a letter to President Wong claiming that the university “has been complicit in allowing hate and discrimination against [the Jewish] community to go unaddressed.” SFSU professors and many Jewish organizations have also met with Wong to raise serious concerns about frightening levels of anti-Semitism at SFSU.

Since establishing AMED, Abdulhadi has repeatedly used her position and the program’s educational resources to fund a steady drumbeat of virulently anti-Zionist events, speakers and classes, including those that condone terrorism and violence towards Israel and its supporters. A few years ago, at an event co-sponsored by AMED, students circulated stencils so people could paint placards saying, “My heroes have always killed colonizers.” The stencils were condemned by SFSU President Wong who stated, “I am dismayed by the glorification of violence that this message conveys. There is no place at SF State for celebrating violence or promoting intolerance, bigotry, anti-Semitism or any other form of hate-mongering.”

AMCHA monitors more than 400 college campuses across the U.S. for anti-Semitic activity. Campus anti-Semitism increased 40% and genocidal expression doubled in 2016, according to AMCHA’s most recent annual study. The organization recorded 656 known anti-Semitic incidents in 2017, and 134 so far in 2018. Its daily anti-Semitism tracker, organized by state and university, can be viewed here. 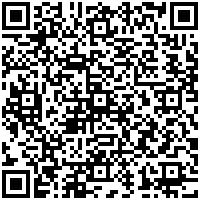