An Arab infiltrator was killed and another wounded at the border fence north-east of Khan Yunis in the southern Gaza Strip early Friday morning by IDF artillery shelling, according to Ma’an. The IDF Spokesperson’s Office confirmed that four suspects in two separate incidents approached the fence in the northern and southern Gaza Strip, and were fired on by tanks.

According to the IDF, Omar Samur, 31, a farmer, and an associate engaged in suspicious activity by the security fence and were fired at by a tank. Red Crescent ambulances carried his body as well as the wounded man to Nasser Hospital.


This morning’s shelling comes in the wake of Hamas preparations for Friday’s Land Day rallies which are expected to attempt to break through the fence.

Hamas are pushing as many people as possible to go the protest tents set up hundreds of yards from the fence. Vehicles with loudspeakers are encouraging residents of Gaza to come, and schools are urging students to get to the area. Despite their statement that they only want peaceful demonstrations, it is obvious the Hamas is attempting to provoke the IDF into a response that would result in an international incident.

Meanhile, the IDF security preparations for the rallies have been completed. As far as the IDF is concerned, soldiers should not use firearms as their first response, but they are permitted to fire live ammunition if the mob moves towards the security fence.

Currently, the Palestinians’ convergence is 700-800 yards from the fence, a reasonable distance from the army’s point of view.

The IDF is also preparing for the possibility of extremist Salafis merging with the masses and shooting at army forces, thus provoking the bloodshed Israel fears most. 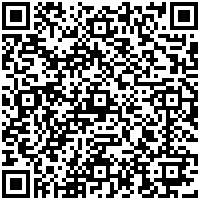