Detectives from the Metropolitan Police Department’s First District and Amtrak Police on Saturday announced an arrest “in reference to Display of Certain Emblems and Defacing Private/Public Property Offenses that occurred in the First District.”

To find such a symbol of hate at the entrance to Union Station is unacceptable and is not just an affront to Jews, but to all Americans,” said @GilPreuss, CEO of @JFGW https://t.co/dAVe7hILgB

On Friday, 34-year-old Geraldo Pando, of no fixed address, was arrested and charged with the “display of certain emblems” as well as “defacing private/public property.”

According to DC Police, on Friday, January 28, at approximately 12:45 AM, the suspect spray-painted swastikas on the pillars and building in the Unit block of Massachusetts Avenue, Northeast. This offense is being investigated by Amtrak Police with assistance from MPD.

Also on On Friday, January 28, at approximately 4:25 PM, it was reported that the suspect spray-painted graffiti on buildings at the following locations:

“It is shocking that in the U.S. in this day and age that these things still happen,” our CEO, @preuss_gil, told @washingtonpost. “It’s only by coming together and for all people to condemn hatred and #antisemitism that we will be able to stop these acts.” https://t.co/q7kXaB3H20

The Metropolitan Police Department and the Amtrak Police are investigating the offense as potentially being motivated in whole or in part by hate or bias. The designation can be changed at any point as an investigation proceeds and more information is gathered. A designation as hate or bias-motivated crime by MPD does not necessarily mean that prosecutors will prosecute it as a hate crime.

The Jewish Federation of Greater Washington tweeted on Friday that it was disturbed by the images of a swastika at DC’s Union Station, adding: “This antisemitic and hateful symbol has no place in our society, and to find it in our city the week of International Holocaust Remembrance Day is particularly offensive.”

We are disturbed by this video of a swastika taken this morning just outside @wmata at DC’s Union Station. This antisemitic and hateful symbol has no place in our society, and to find it in our city the week of International Holocaust Remembrance Day is particularly offensive. pic.twitter.com/5sEyNWJ1vk 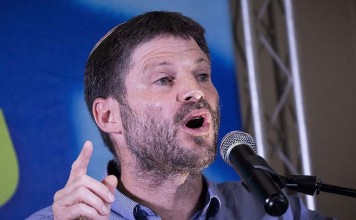