The Gemara relates that when R. Chiya, who lived in Eretz Yisrael, was belatedly informed of the death of his brother and sister in Babylonia, he instructed a servant to remove his shoes as a sign of mourning and then to escort him to the bathhouse. The Gemara deduces three halachot from this incident:

Not In The Mishna

The Keren Orah (Mo’ed Katan ad loc.) comments that the law requiring a mourner to remove his shoes was apparently not well known, for it is not mentioned in the Mishna. Even though the baraitha (21a) lists washing among the acts prohibited during shiva (the seven days of mourning) – as some of the prohibitions listed by the baraitha are subject to dispute – the Gemara found it necessary to derive from R. Chiya’s incident that a mourner may not bathe.

Ramban (Tovas Ha’adam, Chavel ed. P. 237; see Y.D. 402:2) maintains that the fact that an avel may not bathe is well known (see Mo’ed Katan 15b, stating that a mourner is prohibited to don leather shoes), and the chiddush (novelty) derived from R. Chiya’s conduct pertains to the laws of shemua rechoka. The Gemara infers from R. Chiya’s conduct that the removal of one’s shoes for a few moments is a sufficient demonstration of mourning in cases of a belated report, and one need not observe the other mourning rites, such as atifas harosh (wrapping the head) and kefiyas hamitah (overturning the bed or sitting on the floor). However, according to Ramban, if one is engaged in any of those private activities forbidden to a mourner at the time of notification, he is to immediately cease that activity. [Keren Orah infers from the wording of Mishneh Torah (Hilchos Avel 7:2) that Rambam is of the opinion that upon hearing a shemua rechoka one is obligated to observe all the rites of mourning, not just the removal of one’s shoes.] 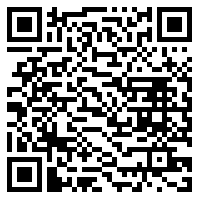