Physicians at Walter Reed National Military Medical Center said in an update Sunday morning that President Donald Trump has “continued to improve” and could return to the White House as soon as Monday if he continues to make progress.


“The fact is, he’s doing really well,” said White House physician Dr. Sean P. Conley with a smile. Conley confirmed to reporters the president did have two episodes in which his oxygen saturation level dropped — one episode on Friday and the other on Saturday — which gave the doctors some concern.

The first event took place on Friday while the president was still at the White House. Trump had a “high fever” at the time and was given supplemental oxygen for about an hour despite being “fairly adamant” that he did not need the assistance, Conley said.

Trump was also given the steroid medication dexamethasone for the drop in oxygen. The first dose was administered Saturday at Walter Reed.

Since that time, the president’s oxygen level has stabilized and has been now holding between 96 to 98 percent, Conley said. He has completed his second dose of remdesivir “without complication” and has been “fever free” for more than 24 hours.

On Saturday night, Trump released a four-minute video to let the world know that he is “starting to feel good” and will “be back soon.”

The president thanked the staff at Walter Reed, saying that when he arrived at the hospital on Friday he “wasn’t feeling so well” but that he is feeling “much better now.”

Israel’s Prime Minister Benjamin Netanyahu has tweeted his best wishes and those of his wife and the entire nation of Israel for a swift and complete recovery. “Like millions of Israelis, Sara and I are thinking of President Donald Trump and First Lady Melania Trump and wish our friends a full and speedy recovery,” Netanyahu wrote. The two men have been close friends for decades.

Ready to Return?
By late Saturday, the president was no longer short of breath and was “walking around,” confirmed Dr. Sean Dooley, another member of the presidential medical team.

“If he continues to look and feel as well as he does today, our hope is that we can plan for a discharge as early as tomorrow to the White House where he can continue his treatment course,” said Dr. Brian Garibaldi of Johns Hopkins University, another one of the consulting members of the president’s medical team.

Doctors will now be watching the president closely for the next seven to 10 days — the critical period of time after infection — when the patient’s condition can take a turn for the worse. In addition, about 40 percent of those who recover seem to be faced with nagging symptoms that do not resolve for weeks and in some cases even for months after the initial infection has passed.

Others Testing Positive
In the meantime, the president’s “body man” or personal attendant, White House staffer Nick Luna, has also tested positive for COVID-19, according to Bloomberg News. Luna’s results came back Saturday.

In addition, former New Jersey Governor Chris Christie, who spent several days in the past week helping the president prepare for his debate with Democratic presidential candidate and former Vice President Joe Biden, had also been diagnosed with COVID-19.

Christie announced via tweet later Saturday that he has also checked himself into Morristown Medical Center in New Jersey after consulting with his physicians, who felt it would be a prudent step due to his history of asthma.

At least six other Trump associates have also tested positive with the virus, in addition to First Lady Melania Trump, who remains at the White House. 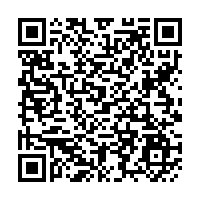