Durham, North Carolina became the first city in the United States this week to ban its police department from participating in training programs with Israel. The decision came after a calculated disinformation campaign carried out by a coalition of antisemitic global, national and local BDS (Boycott, Divest and Sanction) organizations dedicated to Israel’s destruction.

The Durham city council voted unanimously Monday night to prohibit police exchanges after a petition drive by the “Demilitarize!Durham2Palestine” coalition comprised of ten organizations, including Jewish Voice for Peace, Durham for All, Abrahamic Initiative on the Middle East, Black Youth Project 100 Durham Chapter, Inside Outside Alliance, Muslim American Public Affairs Council, Muslims for Social Justice, SpiritHouse, Students for Justice in Palestine at Duke University and Students for Justice in Palestine at UNC Chapel Hill.


The petition, which asked the city council to pass the resolution, read:

“The Israeli Defense Forces and the Israel Police have a long history of violence and harm against Palestinian people and Jews of Color. They persist in using tactics of extrajudicial killing, excessive force, racial profiling, and repression of social justice movements. Such tactics have been condemned by international human rights organizations for violating the human rights of Palestinians.

These tactics further militarize U.S. police forces that train in Israel, and this training helps the police terrorize Black and Brown communities here in the US. Additionally, such practices erode our constitutional rights to due process, freedom of speech, and freedom of assembly. Durham officials — including former Chief Lopez and current Chief Davis — have participated in these racist police exchange programs.

We are members of Durham’s community committed to peace and justice from Durham to Palestine. We want to live in a Durham that ensures true collective safety for all, and so we demand that the City of Durham immediately halt any partnerships that the Durham Police Department has or might enter into with the Israeli Defense Forces and/or the Israel Police.”

The city council issued a statement that was quoted in The Herald Sun newspaper expressing its appreciation for receipt of a memo two weeks ago from Police Chief C.J. Davis, that emphasized: ‘There has been no effort while I have served as Chief of Police to Initiate or participate in any exchange to Israel, nor do I have any intention to do so.’

“The Durham City Council endorses this statement by Chief Davis and affirms as policy that the Durham Police Department will not engage in such exchanges,” the statement said.

“Police exchanges between the U.S. and Israel explicitly offer U.S. police officers exposure to methods used against Palestinians that numerous international human rights groups say are discriminatory and lead to human rights violations. This is an important step towards divesting from militarization and over-policing, and investing in Black and Brown futures,” stated Laila Nur of Durham For All, one of the coalition members. “I am proud to see Durham leading the way; it’s a huge victory towards a vision of safety and sanctuary for all.”

“The Demilitarize Durham2Palestine Coalition is leading the way as a model of how to build communities that value safety for all people,” the Jewish Voice for Peace said in a release that followed the vote. “We are thrilled by this first win of the Deadly Exchange campaign, which is especially meaningful as a response to the ongoing targeting of unarmed Palestinians in Gaza and the call from the Boycott, Divestment and Sanction Movement in response to end U.S./Israel police exchanges,” JVP Peace Executive Director Rebecca Vilkomerson said.

Dr. Bob Gupton of the Voice for Israel organization told WRAL-TV that the petition was politically motivated and anti-Israel. “They are using this false flag as a way of getting Durham to pass a petition that defames Israel so that they can show it around the United States and get other cities to do the same thing.”

Former Durham Police Chief Jose Lopez traveled to Israel to attend one of the programs while serving on the department, and said the petition was inaccurate and provided grossly distorted information about Israel. Lopez said he was trained in how to manage major crisis situations “where bombings had occurred, shootings, things of that nature, things that really a lot of Americans need to concern themselves now.” He added that the exchange is valuable and the petition distorts what really happens, pointing out that none of the training had anything to do with “militarizations.” 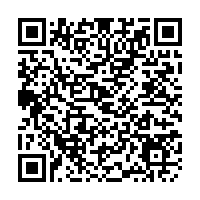