The US government does not want Bernard Madoff, who is currently serving 150 years in a federal prison for a massive Ponzi scheme, to be freed from prison despite his terminal kidney failure.

The United States Attorney’s Office for the Southern District of New York on Wednesday night filed in US District Court in Manhattan a response to Madoff’s request for an early release, calling him “one of history’s worst fraudsters,” and noting that he is yet to accept responsibility for his fraud scheme, nor has he shown compassion for the people whose lives he destroyed.


“Madoff’s crimes were extraordinarily evil,” the prosecutors said. “His sentence was appropriately long. It should not be reduced.”

The prosecutors pointed out that 500 out of Madoff’s 520 victims who wrote the court about his request thought he deserved to die in prison. An 84-year-old victim of his scheme asked: “Why should he be shown any compassion, when he had none for his many victims?”

“The nature of Madoff’s crime – unprecedented in scope and magnitude – wholly justified the 150-year sentence this Court imposed and is by itself a sufficient reason to deny Madoff’s motion,” the prosecutors wrote.

Madoff was hospitalized in December 2019. In February, Madoff’s lawyer filed for compassionate release from prison on the claim that his client was suffering from chronic kidney failure, and had less than 18 months to live.

Madoff told The Washington Post: “I’m terminally ill. There’s no cure for my type of disease. So, you know, I’ve served. I’ve served 11 years already, and, quite frankly, I’ve suffered through it.”

One of Madoff’s victims wrote the court: “Our entire life savings were stolen by Madoff and we have never recovered either financially or emotionally. Regardless, we found some small satisfaction in learning that Madoff had been sentenced to 150 years in jail for his crime. Please do not waver and do not let him pretend remorse because he has none.”

Another victim, according to the prosecutors, “wrote that she left the courthouse after Madoff’s original sentencing ‘with a feeling that justice had been done,’ and is left now with the question: ‘Should an incarcerated person be released from prison because of a terminal illness, is not the serving of a 150 year sentence meant to be terminal?’” prosecutors noted.

The US Attorney concluded that “Denying Madoff’s motion will uphold his victims’ and the public’s faith in our system of justice.” 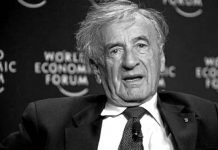