United Hatzalah of Israel, Israel’s largest all-volunteer EMS organization, working in conjunction with El Al Airlines, sent a team from its Psychotrauma and Crisis Response Unit to provide psychological support and stabilization to the families and neighbors of those injured, killed, or affected by the tragedy that occurred in Surfside Florida. The team’s mission will be to assist the community in Surfside and those affected by the collapse of a residential condo that has claimed the life of at least one person and left nearly 100 missing. The team flew out from Israel on Saturday night.

The team of psychological first aid experts is composed of top members of the organization’s Psychotrauma and Crisis Response Unit (PCRU) and will assist the families of those who were killed, injured, and missing, in the collapse. They will also make themselves available to members of the Miami community by providing psychological and emotional stabilization and treatment to those who need it in the wake of the incident.


Also going on the mission to Florida is the IDF Home Front Command’s search & rescue unit. The Commander of the National Rescue Unit in the Home Front Command, Col. (reserves) Golan Vach, will lead the delegation along with a representative. of Israel’s Ministry of Foreign Affairs.

The United Hatzalah unit is led by Dov Maisel, the Vice President of Operations for United Hatzalah, and a paramedic, who has led disaster response missions to Nepal, Haiti, and Japan. Maisel will partner with Einat Kaufman, who serves as the Clinical Operations Director of the PCRU. Kauffman, in addition to being a trained EMT, is one of the top Cognitive Psychotherapists in Israel, and an expert in trauma, grief, and bereavement especially when concerned with mass casualty incidents. She as well as other members of the unit have taken part in several missions as psychological first aid responders, including the missions from United Hatzalah following Hurricanes Harvey, Irma, and the Tree Of Life mass shooting that took place in Pittsburgh.

Most recently, Maisel and Kauffman led the PCRU and United Hatzalah’s medical team in providing support at the Meron tragedy in Israel, to both the injured, bereaved, and to the first responders themselves who were present at the incident and were traumatized as a result.

The team will be utilizing techniques and tools developed in Israel which have proven to be highly successful in assisting those who have suffered from similar incidents. The United Hatzalah delegation is being flown to Miami by El Al airlines who have graciously sponsored the flights. They are scheduled to arrive in Surfside on Sunday, June 27th.

President and Founder of United Hatzalah Eli Beer spoke about the preparations and thanked El Al for their assistance in getting the mission off the ground. “As soon as the collapse occurred, we began making preparations for the mission to depart. When we contacted El Al about the possibility of having this mission, they were eager to help and decided to fully sponsor the flights for the team. This will be the fourth emergency relief mission conducted by our Psychotrauma and Crisis Response Unit in the United States in as many years. El AL is an incredible partner and we are forever grateful for their support of this mission which is to help the community in Surfside that is suffering terribly right now. I myself was the benefactor of the kindness of the entire South Florida community during my fight with Covid-19 last year and if I were able to go myself on this mission I would. I am sending my best people on this mission in order to provide as much help as we can. We stand with you and we are sending you the best of the best to help. They will be there as soon as regulations permit us to arrive.” 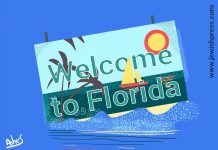 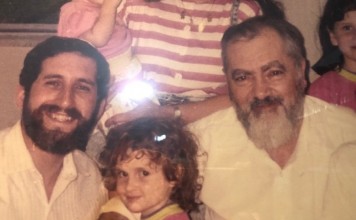 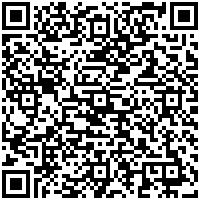