Former US Ambassador to Israel David Friedman, who served under the Trump Administration, is slated to publish a “tell-all” memoir of his experiences during that time, according to an exclusive report by Fox News.

The book, “Sledgehammer” is to be published by Broadside Books (Harper Collins) and is expected to be released Feb. 8, 2022.

The title is taken from the sledgehammer with which then-Ambassador Friedman was honored to break a wall to a new archaeological site in Jerusalem’s City of David. Because past Israeli ambassadors had avoided public appearances in the Old City area of the Israeli capital (so as to avoid the image of support for Israeli control over that area of the city), Friedman’s participation in the ceremony was considered controversial.

A bankruptcy attorney prior to serving as an ambassador, Friedman said in a statement that his memoir will provide a window into how the Trump administration brokered the Abraham Accords.

“The Abraham Accords will help the Middle East emerge from its lengthy history of conflict and lead the world in combatting extremism through opportunity, prosperity and hope,” Friedman said.

“I wrote this book to help achieve a greater public understanding of these inspiring and critical agreements,” Friedman said.

Harper Collins VP and Editorial Director told Fox News, “It’s rare in politics to get a candid and thoughtful account from key players at historic moments and we’re proud to have this one.”

Under the Trump administration, the United States moved its Tel Aviv-based Embassy to Israel’s capital city, Jerusalem, and formally recognized Israeli sovereignty over the Golan Heights.

In addition, President Donald Trump withdrew the US from the 2015 JCPOA nuclear deal with Iran, which he called “a bad deal,” in 2018. The incumbent Biden administration is working hard at present to revitalize and re-enter the pact. 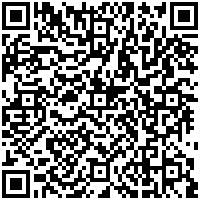