A comprehensive analysis by Israel’s Ministry of Defense of the effect of a U.S. foreign aid agreement signed at the end of former President Barack Obama’s term in office has concluded that Israel will be forced to lay off 22,000 workers at a cost of NIS 7 billion ($2 billion) in gross domestic product.

However, a clause in the agreement removes Israel’s option to convert 25 percent of the aid to domestic procurement from Israeli defense companies. Therefore, though aid will increase by $500 million a year, every dollar must be spent on weapons, systems and defense equipment from U.S. companies.

According to Globes, Israel’s defense industry fears that hundreds of local companies will shut down, with tens of thousands of workers laid off.

Manufacturers Association of Israel president Shraga Brosh called the figures “terrifying,” and said that about 600 companies “will simply not survive these years if the state does not intervene.”

Some larger Israeli defense companies are expanding into the U.S. market in order to enable Israel to continue to procure from them.

Brosh said his organization will ask the Ministry of Finance to increase the shekel defense budget in order to keep defense procurements from Israeli companies at their current levels.

Israel may, however, seek an amendment to the agreement under the new American administration. 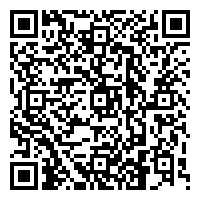