Israel prevented two American human rights activists from entering Israel because of their suspected involvement in BDS activity. The two were detained at Ben-Gurion Airport last Sunday for 14 hours, at the end of which their entry was denied and they were deported to the United States, despite the fact that the two denied contact with any organization calling for a boycott of Israel, the NY Times reported Friday.

Vincent Warren and Katherine Franke planned to participate in a guided tour of Judea and Samaria with a delegation of 15 human rights activists, which included Tamika Mallory, the national co-chair for the Women’s March, an advocate of gun control, feminism and the Black Lives Matter movement.


According to a source at the Ministry of Strategic Affairs, the entry of Franke, a law professor at Columbia University, was prevented because of her attempt to hide her connection to Jewish Voice for Peace (JVP), which advocates boycotting Israel.

The same source could not explain why Warren was not allowed to enter Israel, neither did the Interior Ministry provide an explanation.

Warren and Franke denied any connection to JVP. Frank admitted that in the past she has worked on the Academic Advisory Council of JVP.

Franke told Roger Cohen of the Times that the Israeli official who detained her googled her name and came up with rightwing websites such as Canary Mission and AMCHA, which collect information about anti-Israel leftwing academia in the US.

“One site said that I hate Jews and am an anti-Semite, and working to destroy the state, none of which is true,” Franke said. “I do not work or volunteer in the JVP, I know the members of the organization and I am friendly with them, but I have no direct connection to the organization, and I certainly am not a leader in the BDS movement.”

In January, the Ministry for Strategic Affairs published a list of organizations whose activists would not be permitted to enter Israel because of their support for a boycott of Israel. The list includes mainly organizations in Europe and the United States, as well as an organization from Latin America, another from South Africa and an international umbrella organization.

JVP was also included. The ministry said at the time that activists who are not defined as “the core of the organization” or who are not known to the ministry from open sources, will not necessarily be barred. However, the ministry added that “based on routine questioning carried out by the border controllers, the organizational affiliation of the applicant would be considered in preventing entry, according to the criteria published on the Ministry of Interior website.

In addition, as alerts are sounded regarding the arrival of activists from the organizations defined as boycott organizations, they will be refused entry if they meet the criteria.”

The leftwing lobby J Street issued a statement condemning the deportation of the two law professors, saying, “Whatever the views of these activists, they should be allowed to travel freely within Israel and the Palestinian territory to see and judge for themselves the reality on the ground, and to learn from the work being done by their Israeli and Palestinian counterparts. Banning progressive activists from entering the country only undermines Israeli democracy — and empowers the global BDS movement that the Israeli government aims to combat.”

Turns out Israel is no longer taking it on the chin, and if you don’t like it, you’re welcome to send in your-op-ed to the Times. 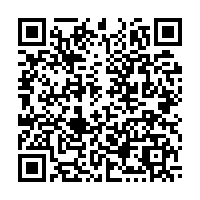