A series of tests to check the integration of Israel’s Iron Dome aerial defense system with the US military systems has concluded successfully, the Ministry announced Wednesday.

The last of three interception tests that took place this year included the system’s successful interception of multiple targets in various trajectories.

The Iron Dome continuous launch capability was also tested, using a mobile launcher developed by the US Marine Corps.

The series of live-fire tests were carried out in the White Sands Missile Range in New Mexico as part of the Marines Corps’ development of its Medium-Rage Intercept Capability (MRIC) prototype.

The successful test proved the performance of the mobile launcher developed for the Marine Corps as well as the Iron Dome interceptor’s performance in particularly relevant and challenging interception scenarios.

“The three tests that took place this year proved that the performance of the MRIC system with Iron Dome interceptors is good and provides a dedicated launcher solution for the Marines,” said Don Kelly, program manager for GBAD at PEO Land Systems, following the successful test.

“This current test, which completes a series of three, is further proof that the Iron Dome Tamir Interceptor and associated ground components can be integrated quickly and efficiently in any relevant defense architecture and intercept various aerial threats successfully in complex and advanced scenarios,” added Moshe Patel, Israel Missile Defense Organization head at Israel’s Ministry of Defense. “We welcome any cooperation in the field of defense with the branches of the US military.”

“RAFAEL’s advanced systems are developed with an ‘open architecture’ allowing seamless integration with other systems,” Yungman said. “In the latest test conducted by the Marines, a successful combination of the TAMIR interceptor launched from a new launcher developed under the leadership of the Marines, combined with the Marines’ radar system and the battle management system, which are systems developed by American industries, was demonstrated.”

The Tamir Interceptor missile is capable of intercepting Cruise Missiles, Unmanned Aerial Systems, Rockets, Artillery, and Mortar threats. The interceptor, developed by Rafael Advanced Defense Systems, was contracted for the engineering and adaptation of Iron Dome to USMC requirements and associated testing support.

The Defense Ministry’s Israel Missile Defense Organization, which is in the Directorate of Defense Research and Development, leads the development of the State of Israel’s multi-tiered missile and air defense array, based on four operational defense layers: Iron Dome, David’s Sling, Arrow 2, and Arrow 3. 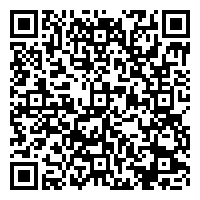