“President Biden, you and I have had a warm personal friendship going back many decades.

“I look forward to working with you to further strengthen the US-Israel alliance, to continue expanding peace between Israel and the Arab world and to confront common challenges, chief among them the threat posed by Iran.

“I wish you the greatest success.

“It gives me great pleasure to write to congratulate you on your inauguration as the 46th President of the United States of America,” Rivlin wrote.

“On behalf of the people of Israel, let me send you our very best wishes to you and to Vice President Harris and your families, and to all the American people on this important day. Today, you begin your term of office as leaders of the free world, elected by the world’s greatest democracy. May G-d bless your efforts and crown them with success.

“Mr. President, sometimes even the obvious has to be said. The United States of America has no greater friend than the State of Israel and the American people have no greater friend than the Israeli people. Our relationship crosses partisan politics, is rooted in shared values of democracy and freedom, and has the overwhelming support of both our peoples. We have no doubt that under your presidency the United States remains committed to the security and prosperity of Israel.

“Our region is undergoing rapid change, much of it positive. The recent peace agreements between Israel and our neighbors bring new hope, and I look forward to working with you to help build further bridges across our region, including with our Palestinian neighbors. I truly believe that we were not doomed to live together but destined to do so.

“Mr. President, I was pleased to welcome you to Jerusalem as Vice-President, and it is my great honor to invite you to visit us here again as soon as possible as the 46th President of the United States of America.” 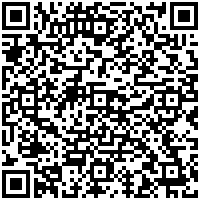