When Rabbi Henry Soussan went through training at Fort Jackson in 2002, area Jewish options were limited, and being able to participate in Jewish holiday celebrations was tough. Nearly 10 years later, the instructor at the Columbia, South Carolina installation’s chaplain school is proud of the Chabad-Lubavitch-run Aleph House, which gives civilians and soldiers a Jewish base while they’re away from home.

During the 10 to 12 weeks of basic training at Fort Jackson – which is also home to the U.S. Army, Navy and Air Force chaplaincy training programs – soldiers are not expected to leave the base, but in a first for Fort Jackson, dozens of trainees got to spend the High Holidays at the Aleph House.


“That’s quite a change,” said Soussan, who worked together with Fort Jackson’s chaplain and commanding general to make their attendance possible.

One trainee was even granted permission to stay overnight with Rabbi Heshy Epstein, co-director of Chabad of South Carolina, so he wouldn’t have to drive on Yom Kippur.

“I never heard of that before,” remarked Soussan.

“We have had people come from all over America,” many of whom were not particularly close to their home Jewish communities, said Soussan. “But because they had this celebration at the Aleph House, they were able to reconnect.”

Epstein makes sure to plug soldiers back in to Chabad Houses and synagogues back home and near their new assignments.

Because of the success of the High Holiday programming, Epstein wants to add Chanukah events and Passover celebrations for soldiers in basic training. Because Jewish soldiers frequently have non-Jewish battle buddies – recruits travel in pairs and are not allowed to be apart during training – opportunities to come to synagogue can frequently dispel Jewish stereotypes.

Jewish soldiers celebrate the High Holidays with the help of the Aleph Institute.

“It’s quite amazing the feedback I get out of these services,” remarked Soussan. “They’re grateful that they’re being treated nicely, and we include everyone as much as possible.”

Epstein spoke of the positive relationship between Aleph House and Fort Jackson, noting that working with soldiers has been an inspiring experience.

“Basic training is very difficult. The soldiers are under extremely high pressure and stress, and it causes them to question what their values are,” he explained.

Coming to services and having access to holiday events “allows them to be better soldiers, and better prepared mentally and emotionally for their mission. Often we talk about Jewish values and how they pertain to their mission as soldiers.”

Weekly services draw between 30 and 40 soldiers. Depending on the time of year, the soldiers also receive packages for Purim, Passover and Yom Kippur, as well as e-mails about upcoming holidays and Jewish practice.

Rabbi Aaron Lipskar, executive director of the Aleph Institute, said that it’s a relationship Jewish soldiers can count on no matter where in the world they may find themselves.

“Through getting connected at the Aleph House, they’re being given that opportunity to know what’s available to them and who they can turn to regardless of where they may be stationed and deployed,” he said. 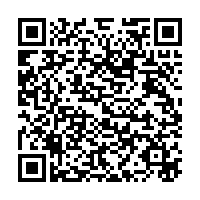