Kayla, the wife of Judge Roy Moore (R) of Alabama who is running today, Tuesday, in a vote to represent his state in the US Senate, defended her husband’s reputation after he had been accused of anti-Semitism. Moore last week attacked Jewish billionaire George Soros, which in itself does not necessarily imply that he is an anti-Semite, many Jews, especially on the right, have had a lot of unkind things to say about Soros.

The problem with Moore’s criticism was that he predicted that Soros “is going to the same place that people who don’t recognize God and morality and accept his salvation are going. And that’s not a good place.”

Y’all would admit that the above statement makes you uncomfortable, no matter what’s your opinion of the man who broke the Bank of England (Soros shorted the British pound back in 1992 by dumping $1.5 billion worth of pounds, forcing the UK to raise interest rates or go under – netting Soros $1 billion for a couple weeks’ work).

So Kayla Moore set out to defend her husband from those awful accusations about how he might be an anti-Semite by declaring: “Fake news would tell you that we don’t care for Jews. And I tell you all this because I’ve seen it and I just want to set the record straight while they’re here. One of our attorneys is a Jew. We have very close friends that are Jewish, and rabbis, and we also fellowship with them.”

Yes, some of their best lawyers are Jewish.

But wait, there’s more: Mrs. Roy Moore also declared: “Fake news would also have you think that my husband doesn’t support the black community. Yet my husband appointed the very first black marshal to the Alabama Supreme Court, Mr. Willie James. When he first took office as the chief justice many years ago he brought with him three people from Etowah County. Two were black, and one of them is here tonight.”

Here’s the thing, though: Judge Moore was kicked off the Alabama Supreme Court in August 2003, after missing by two days a Federal court deadline for removing a monument of the Ten Commandments from the front of his court house. The judge continued to be at war with both state and federal authorities over a number of issues, until in September 2016, he was found guilty of six charges of violating the Alabama Canon of Judicial Ethics and was suspended for the remainder of his term, which ends in 2019.

You’ll notice we had nothing bad to say about the Ten Commandments move, even though Moore’s is the Christian version; and we didn’t mention the under age dating thing, because of the statute of limitation. Frankly, if the judge manages o pull off a win, his fellow Republicans in the US Senate better prepare for a colorful next six years up there. 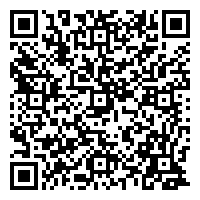