A suspect has been arrested in an attack on “several” Jewish men by a pro-Palestinian gang last week outside the non-kosher “Sushi Fumi” restaurant in Los Angeles.

The suspect, identified as 30-year-old Xavier Pabon, is a resident of Banning, according to ABC7 News. He is “one of the primary suspects in the assault and beating of several men who were outside a restaurant in the evening hours in the mid-city area of Los Angeles on Tuesday May 18, 2021,” Los Angeles Police Department said in a statement.


According to ABC7 News, the case is to be presented to the LA County district attorney’s office, “and detectives will be seeking additional charges for hate crimes.”

A vehicle caravan flying the Palestinian Authority flag stopped near the Beverly Grove restaurant where the attack took place, as people were dining at tables outside the establishment.

Witnesses told reporters the caravan participants hurled bottles at those who were dining, chanting “Death to Jews” and “Free Palestine.” Once the caravan came to a stop – with “protesters” yelling anti-Semitic epithets, men exited their vehicles and started asking who was Jewish.

Police said Pabon was arrested Friday night at around 10:15 pm local time at a residence outside the city with assistance from Inland Empire teams from the United States Marshal Service taskforce. The suspect was “ultimately tracked down and taken into custody without incident,” LAPD said, adding police requested bail be enhanced “due to the crime being motivated by hatred.”

A video uploaded to social media, showing the attack, has gone viral since Tuesday night. 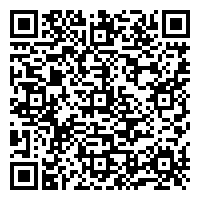