Manischewitz, the legendary kosher food manufacturer, will be shuttering its Newark plant and lay off 169 employees, JTA reports. The 129 year old producer of matzos, grape juice, macaroons, chicken broth and a wide array of kosher products will retain its office for executives in Newark, although it will produce its last boxes of kosher food in the city on September 14, less than a week before the holiday of Rosh Hashanah.

The Manischewitz factory in Newark opened its doors in 2006 as part of an initiative by then mayor Cory Booker to bring more businesses into the city. Boker, who is currently in the U.S. Senate, and prior to becoming Newark’s mayor was a member of the L’Chaim Society at Oxford University, and once a good friend of Rabbi Shmuely Boteach, announced at the grand opening that the Manischewitz factory, “makes me the proudest mayor in America. It gives me great nachas.”


Employees have been given the two months notice according to the Worker Adjustment and Retraining Notification (WARN) regulation. Company representatives have said they will strive to help employees find new jobs. A Manischewitz spokesman told njbiz.com, “At a challenging time in the retail and grocery business, we have made the difficult decision to close our plant in Newark. Beginning this fall, our products will be made at more modern New Jersey facilities.”

Manischewitz is the largest producer of kosher food in the U.S. and bakes more matzah than any other company in the world. The company began in Cincinnati, Ohio in 1988 as a matzoh bakery under the direction of Rabbi Dov Ber Manischewitz. The rabbi transformed the matzoh baking process by using gas-fired ovens for a more consistent temperature and baking technique.

Manischewitz’s second plant was opened in Jersey City in 1932 and became a model for many other machine-made matzah factories. The Jersey City’s proximity to many Jewish communities made distribution easier. The company diversified to include its legendary sweet wine and many other kosher products. In 2014, Sankaty Advisors, a private equity arm of Bain Capital, purchased Manischewitz for an undisclosed amount. The previous owner of Manischewitz, Harbinger, lost large amounts of money in its investment in the company, which was said to have barely broken even for many years because of its sizeable debt. 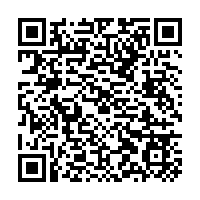