As a new legislative session cranks up, state lawmakers are getting an early start trying to make their case for the bills about which they are most passionate. One thing is certain: the annual request for more state aid from local governments, known as the tin cup parade, is unlikely to yield any positive results as costs to the state are expected to skyrocket due to changes in federal regulations. State officials already concede that the current fiscal year will be ending with a multi-billion dollar budget deficit, possibly as high as $7 billion.

Program bills may have a greater chance of success this year, such as a measure that would require New York City public schools to provide kosher and halal meals for students upon request.

“If kosher and halal meals are already provided in prisons, they absolutely should be provided in our schools,” said Assemblyman David Weprin (D – Hollis, Queens), the sponsor of the bill. “Our state is one of incredible religious and ethnic diversity, and it is our duty to provide for all of those living in New York. The students of our state should not have to choose between a nutritious meal and their religion.”

“The City of New York must provide kosher and halal options for school lunches in public and nonpublic schools,” said Jake Adler, New York Policy Director for the Orthodox Union. “The new ‘free school lunch for all’ program must be made to live up to its promise to provide a free nutritious lunch to every single student in every school in New York City. The continued failure to provide kosher or halal options needlessly leaves tens of thousands of students out and goes against the very essence of what New York should be.”

State lawmakers have been trying to get an unusually early start jockeying for program funds by holding legislative hearings during the last two months of the year instead of waiting until the first two months of next year, which is what has usually occurred.

One case in point is the Assembly Aging Committee’ hearing which focused on examining non-medical programs that support seniors in the community.

“We want to keep seniors at home for as long as possible,” Assemblymember Donna Lupardo (D – Binghamton, Broome County) told The Jewish Press. “Institutional care is very expensive and the degree to which we can help provide services to people in their homes would be beneficial not only for the individual but for their family members who care for them and worry about them but also for the bottom line for the state budget. This is going to save the state money.

“When you look at how much it costs to provide a simple service to a person that could mean the difference of a person going into way more expensive care that is more costly to the state and to their family members. We’re bringing something that is going to be cost-effective to the state. If we can put a little bit of money into prevention we will definitely believe it will be worthwhile in the long run.”

The state legislative session kicks off with Gov. Cuomo delivering his State of the State message in Albany on the first Wednesday in January. State lawmakers, commissioners, and the judges who sit on the New York State Court of Appeals attend the speech along with many other dignitaries from across the state.

Congressman John Faso (R – NY-19, Kinderhook, Columbia County) last month received a large framed print of a mezuzah as the Distinguished Leadership award from the venerable Hecht family at the 77th annual fundraising awards dinner in Manhattan for the National Committee for the Furtherance of Jewish Education (NCFJE).

Family patriarch Rabbi Shea Hecht serves as the chairman of the board of the National Committee of NCFJE. Rabbi Hanoch Hecht is one of 10 children of Rabbi Shea and Bella Hecht and the grandson of the late Rabbi Jacob (J.J.) Hecht.

“John is the only member of Congress fortunate to have three Hecht (families) in his district,” said Rabbi Hanoch Hecht, spiritual leader of the Rhinebeck Chabad Jewish Community Center in Dutchess County.

To which Faso jokingly to the group of 350 supporters, “Yes I have three Hechts in the district, which means I get three times the phone calls.”

Congressman Faso ran for governor in 2006 and James Emery from Livingston County ran for governor in 1982. Those were the last two Assembly Republican Leaders to seek the state’s highest office and both failed in their quests. Now, Brian Kolb wants to reverse that trend. Born in Rochester, Kolb, a Canandaigua, Ontario County, resident, says he “can actually make a difference. We need new leadership with lowering taxes battling government corruption and boosting economic development in the state. I think it’s time for a change.”

Gov. Cuomo, who is expected to seek a third term, had no comment about Kolb’s bid.

State Attorney General Eric Schneiderman (D – Manhattan) has indicted one of two Jewish district attorneys in the state, Joel Abelove (R – Troy), the Rensselaer County chief prosecutor. The prosecutor is now a defendant after being charged with two counts of official misconduct (misdemeanors) and one count of felony perjury in the first degree. The charges stem from a yearlong probe of Abelove’s handling of a fatal police shooting of an unarmed DWI suspect that occurred in April of last year. Abelove allowed the officer who fired the fatal shots to testify before a grand jury (that cleared the officer) with immunity from prosecution. Schneiderman also did not like how Abelove spared two civilians from testifying before the grand jury. These two civilians who allegedly saw the shooting would have testified that the officer was not in imminent danger. Abelove was released on his own recognizance. 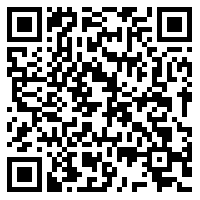