A Program Where People Are Hearing Their Voices

The struggles to assist families, especially those with children on the autism spectrum, has been getting a bit easier over the past two decades thanks, in part, to a program called Shema Koleinu, founded by Dr. Joshua Weinstein in 1998.

Weinstein said he started the program to answer a need from parents who wanted “their children to reach their full potential.”

An annual legislative breakfast was held earlier this month to announce that enough money had been raised to add two stories to the building located at 4302 New Utrecht Ave. in Borough Park.

When the construction is finished more educators and up to 100 additional students will be able to take advantage of the dozen or so programs offered on the Brooklyn campus.

“Walk into these classrooms – and I’ve been there countless times,” Assemblyman Simcha Eichenstein (D – Boro Park, Midwood) told the audience of about 80. “I can tell you one thing – that as many times as I’ve been there, my body has never become immune to it, and every single time I was in these classrooms with these special children, there’s a chilling effect and it’s just a special place to be.”

Senator Julia Salazar (D – Williamsburg, Bedford Stuyvesant) told the story of her younger brother who is on the autism spectrum and who was diagnosed during his adolescent years.

“He struggled a lot when we were growing up, when we were small children,” the freshman lawmaker recalled to the supporters. “He struggled in school, he was bullied ruthlessly, and I even remember out of concern and desperation, my mother saying to me I don’t know what’s wrong, I don’t know what to do. Later, when he was finally diagnosed I remember that it actually brought relief for my family, to know that he wasn’t alone and to be able to understand what he was living with. Even then he didn’t have access to Shema Koleinu, to a center and resources in the community to really support him and to help his family. Thanks to the support system he did have and to his own resiliency, he is now an adult and living a full life but it would have saved our family from a lot of struggle if he had access to this community, to these resources, to education about autism and autism spectrum disorder.”

Brooklyn District Attorney Eric Gonzalez was in attendance to praise the work of the organization and to draw parallels between the criminal justice system and people with autism.

“You are compassionate, your innovative approaches and evidence-based approaches, to do this work, have been life saving for many communities,” Gonzalez said. “It’s basically the core value of the district attorney’s office that we don’t give up on people whether you’re a victim of a crime and you need counseling services to get over the harm that has been caused to you or you’ve been accused of a crime, we want to get to the underlying reasons as to why this happened. The core values of Shema Koleinu and the district attorney’s office is aligned. There are people who come through the criminal justice system who have autism and the system does not have services to provide to those folks to help get them back.”

As community leaders and elected officials wanted to schmooze at the breakfast more than listen to the speeches, one of the emcees, Councilman Kalman Yeger, started shushing the crowd and calling out people by name hoping that would quiet down the talkers. Well, as it turns out, people like to have their name called out and the noise never stopped. The plan backfired on Yeger.

As Shema Koleinu means Hear Our Voices, many voices were heard, just not at the appropriate time.

The owners of the Williamsburg Hotel, the venue hosting the gathering, offered the space for the breakfast at no charge to the organization. 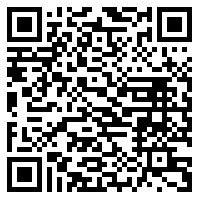