Last week I had the opportunity to participate in a particularly moving evening. I don’t remember the last time I watched dozens of elegant attendees wipe away tears as they listened to a mother’s speech. She was speaking about the teenage daughter she had lost to cancer on the occasion of the inauguration of the center established in her daughter’s memory.

The force behind the Mai Gorfinkel-Amishai Center is Oren Revah, chairman of Estee Lauder Israel. Mai had a penchant for makeup and beauty products, and even during her illness she loved uploading opinion posts on social media about her favorite products. In a bid to cheer her up, some family friends requested that Oren come to visit the young teen. Oren did some homework and bought Mai a special gift – a camera – and announced that he was taking her on board as a member of the Estee Lauder Israel team. In doing so, he granted her another year of life and hope.


When Mai succumbed to cancer two years ago at age fifteen, Oren was devastated. He wanted to create a living memorial for her, and so he conceived a revolutionary digital content project: The Mai Gorfinkel-Amishai Center for Social Media Influencers in the field of beauty and lifestyle. After nearly two years of planning, the center was inaugurated last week, on July 29.

The Estee Lauder Group’s new center, which offers tips and guidance to social media beauty influencers, is located in Tel Aviv’s upscale Ramat Hahayal neighborhood. As the first of its kind, it aims to provide content creators with innovative, professional tools for success in the world of digital content.

Within the framework of the Center’s activity, Estee Lauder Group team members can choose to develop their own content and digital media skills and themselves become web influencers. The Center will also function as a hub for innovation, creativity, and entrepreneurship, and will open the door for teens and tweens who are taking their first steps in the world of digital media.

Influencers and influencers-to-be who visit the Center can arrange by-appointment workspaces, training complexes fully equipped with the latest accessories, photography, and advanced editing stations, and a broad range of courses and training sessions presented by the leading names in digital media and beauty – all offered on a non-profit platform, completely free of charge. The Center will operate in cooperation with Leaders Group Influencers’ Agency, Google’s G-Conversation, Facebook, Zipi Romano Group PR, and leading acting and modeling agencies.

Mai, a courageous young woman, was uplifted by her interaction with, and her influence on, the world of beauty; in the final two years of her life, she became a part of the Estee Lauder family of companies, amazing all who came to know her with her determination and optimism. She was not in denial of her condition; she dealt with it by inspiring others, who became her loyal followers and cheered her on. Her inspiration is carried on in the center that bears her name.

Mai was a creator, and the Center aims to awaken her love of life and her inspiration in other young content creators. Says Oren Revah, chairman of Estee Lauder Israel: “Mai has a deep place in the hearts of every one of us. I continue to share a strong bond with her family. Mai was so brave, sharing her story on her social networks while remaining upbeat, leaving us deeply moved by her strength and her ability to affect others positively. For Mai, the connection between the digital world and the world of beauty was a source of strength; my goal in establishing this center is to bring her inspiration to anyone who dreams of being a web influencer, and to provide each and every one of them the tools they need to realize their dream.” 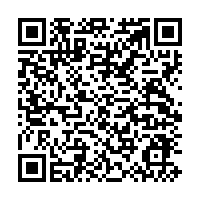