A Month Of Turmoil And Renewal In Government And Politics

Much has happened in government and politics during the past month. The highlight (or lowlight, if you will) came on Tuesday, August 24, when then-Governor Andrew Cuomo left the Executive Mansion and his offices in Manhattan and Albany for the last time. Having no other place to go, Cuomo, 63, is said to be holed up at his friend’s house, Jeffrey Sachs, in eastern Long Island near the Hamptons.


There was also a question as to what Cuomo did with his dog, Captain. Governor Kathy Hochul told The Jewish Press that when she entered the Executive Mansion upon becoming governor, she did not see a dog in the state-owned house. She also said Cuomo did not leave a note for her, as far as she knows.

Cuomo was found guilty in the court of public opinion and by many politicians on three separate counts. He was accused of harassing at least 11 young women who worked for him as confidential assistants. He was also accused of creating a hostile work environment.

Cuomo was defending himself against allegations that patients with the coronavirus who were in hospitals went back to nursing homes that could not properly care for such patients. The nursing home executives did not separate the coronavirus patients from the rest of the elderly population, so unsuspecting healthy patients died from the disease.

Another prong in the attack on Cuomo was the $5.1 million he received from the publishers for writing a book about the coronavirus while using state workers to edit and proofread drafts of the book, either on personal time or possibly on government time.

Two weeks earlier, Cuomo addressed the state in a taped video message where he concluded, “The best way I can help now is if I step aside and let the government get back to governing.”

Cuomo also tried to rationalize his actions by saying at various times that his Italian heritage was to blame for his closeness and caring attitude towards his employees, who work “at the pleasure of the governor.” He called the incidents “cultural and generational” differences.

Cuomo’s resignation ended, as of now, a pending impeachment in the Assembly and trial in the Senate.

On Wednesday, August 25, Lt. Governor Hochul, 63, of Buffalo, took the oath of office to succeed Cuomo as the 57th governor of New York. On Thursday, September 9, Hochul’s pick for lieutenant governor, Brian Benjamin, 44, of Harlem, was sworn in. Hochul said Benjamin will work well with her collaborative style of governing.

“There is so much work to do and I am grateful to have him by my side as we implement our vision for a safer, healthier and fairer New York,” Hochul said.

During the past month, Hochul has called lawmakers back to Albany for a special session and signed into law several pieces of legislation including the Less is More Act, which allows prisoners out of jail for minor parole violations. She also accepted the resignations of several Cuomo appointees, including those from the Joint Commission on Public Ethics, and installed her own people on the controversial body, appointing the heads of the marijuana regulating agency known as the Office of Cannabis Management and the Cannabis Control Board.

Hochul managed to see The Phantom of the Opera on Broadway show when stage performances reopened, saying the mask on the phantom character epitomized the pandemic.

Each time Hochul couldn’t answer a reporter’s question, she fell back on a time-honored response, to paraphrase: “I’m in office less than a month I’ll get back to you.” She also pre-selects which reporters get to ask her questions at news conferences, which amounts to three to five questions.

Hochul’s administration is the seventh one I’ve covered in 42 years at the Capitol. First-term lieutenant governors have not worked out for a variety of reasons since the Hugh Carey administration, which began in 1974.

I caught up with Benjamin prior to his becoming lieutenant governor to find out what he can do to break this longtime unfortunate pattern. He said, “I am not talking to the press unless it’s through my staff, so can you call my people and they will set something up.”

Hochul says her administration will be based on complete transparency. That remains to be seen, and so far, the transparency is still a bit opaque.

During the aforementioned special session, the main topic of discussion was about extending an eviction moratorium for tenants who cannot pay their rent. The discussion also centered on landlords who still have their bills to pay but are getting little to no income to properly maintain their properties and pay their bills at the same time.

During the aforementioned special session, the main topic of discussion was about extending an eviction moratorium for tenants who cannot pay their rent.

In an article that ran in The Jewish Press on September 10, Senator Simcha Felder echoed the landlords’ sentiments, saying, “They should make sure to get all the renters paid so they can pay their landlord. Then once that’s done, if they want to talk about an extension I would talk about an extension. The landlords are at the losing end with this moratorium because they are waiting to be reimbursed. The system is not working right and there are no consequences,” Felder said.

“She [Governor Hochul] brought the Assembly and Senate back for one reason and one reason only and that was to pass a non-eviction law,” said Leon Goldenberg, owner of Brooklyn-based Goldmont Realty. “This session was not to pass a law to get the [$2.6 billion in federal aid] out to the tenants. The result was making sure the landlords don’t need to collect their rents and that’s it.”

Goldenberg owns 2,000 apartment units in the Bronx, Manhattan, Staten Island and Borough Park, Brooklyn. The result is “I’m not buying in New York. I won’t invest in New York. I have no pride in my buildings anymore,” Goldenberg told The Jewish Press.

Goldenberg says that for now he will continue to do what he needs to do to keep his buildings.

“Do you tell people to go shopping and not pay for your goods? Housing is a right. Food is a right too. Should you go into a store and take what you want? They’re not stealing when they take it from the landlord. It’s a mitzvah to steal from a landlord.”

The problem is trickling down to the banks.

“If you think that I’m just going to take money out of my pocket to keep the buildings going, sorry buddy, not happening. Landlords are walking away from buildings because they have utility bills to pay with little to no income from the tenants to pay the bills,” Goldenberg said. “Banks don’t want the buildings. Banks are trying to make deals because banks are not in the real estate business and don’t want to be. There’s no answer.”

Goldenberg says Hochul has to take the blame for not getting [government aid] out the door.

Zeldin Given Clean Bill of Health

On another front, Congressman Lee Zeldin (R-Shirley, Suffolk County), the presumptive Republican and Conservative parties’ candidate for next year’s gubernatorial election, has admitted that he was diagnosed in November with a form of blood cancer known as chronic myeloid leukemia.

“I began treatment in November with an immediately positive response and no side effects,” Zeldin said in a prepared statement posted to his campaign website. “Over the last nine months, I have achieved complete remission, am expected to live a normal life and my doctor says I currently have no evidence of this disease in my system. My health is phenomenal and I continue to operate at 110%.”

The post also included a statement from Zeldin’s hematologist oncologist.

Congressman Zeldin is incredibly healthy, is expected to enjoy a normal life and has no evidence of disease.” 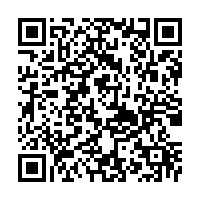