According to a survey of 5,993 individuals conducted in New York City and a few other locations by the UJA Federation, the Jewish community in NYC is growing, mainly fueled by an increase in the Orthodox and Chasidic community, while the population of the non-Observant is moving further and further away from their Jewish identity.

But the survey also found that intermarriage has fallen from 52 to 22 percent. Also, 40 percent of Jews in NY City say they’re Orthodox, up from 33 percent in 2002. And a full 74 percent of all Jewish children in NYC are Orthodox. Talk amongst yourself.


Jonathan Tobin, in Commentary magazine, gleefully writes that this trend spells the end of liberal Jewish values, to whit, “The assumption that most American Jews will always be secular liberals is a myth that has just been exploded,” he wrote. Another Commentary writer, Seth Mandel, took this a step further and praised the extensive social network in the Haredi and yeshivish communities. Speaking about Gemachs (private loan societies), he writes, “this network goes a long way toward making up for the material sacrifices made by low-income yeshiva households. Some Jewish communities have so many gemachs, they have their own version of the Yellow Pages. ”

Magarik, who studied at Yeshivat Maale Gilboa in Israel and the egalitarian Yeshivat Hadar in New York City, notes that Kiryat Joel, NY home of the Satmar Chasidic sect (which was not part of the UJA study, since it is outside New York City) was the poorest town in the entire USA, with the lowest median and per-capita income. Half the residents receive food stamps, one third  is on medicaid and many are relying on federal vouchers to help pay there cost.

“Welfare is, and has been for some time, a crucial ingredient in these communities,” Magarik writes. “While Chasidim take care of their own, they also get taxpayers to take care of them.”

He explains that, like Israeli Haredim, Kiryas Joel’s Chasidim “vote together to secure, for instance, a ‘luxurious 60-bed postnatal maternal care center… built with $10 million in state and federal grants.’”

Incidentally, the Village Administrator of Kiryat Joel, Gedalye Szegedin, was not so fond of  the term “poor.”

“I don’t want to be judgmental,” Szegedin told The New York Times. “I wouldn’t call it a poor community. I would say some are deprived. I would call it a community with a lot of income-related challenges.”

We contacted Rabbi Avi Shafran of Agudath Israel to assess his thoughts on the matter and he replied that Magarik’s comments, to put it politely, were “ungenerous.”

“A less polite person would call them obnoxious,” He said.

“All Americans make choices about priorities and how they wish to live their lives,” He wrote. “Typical Americans’ priorities will usually include economic success at or near the top of the list.  Others, though, will emphasize other things, some bad, some good.

“One citizen, to take an extreme example, might choose to live his or her life in a drug haze, shunning gainful employment in order to indulge in leisure activities,” Rabbi Shafran wrote. “Another may choose to dedicate himself or herself to a higher goal like helping the poor, protecting the environment, the study of the humanities — or the study of Jewish texts — even though those undertakings may not allow for their economic independence. All those citizens, we have decided as a tax-paying electorate, are deserving of a social net if they need it.”

“But to conflate the first person with the second one is the height of absurdity, in fact, of nastiness,” Shafran concluded. ” Mr. Magarik can vote for candidates who oppose the maintenance of a social net.  But to disparage citizens whose ideals have led them to lives that are benefiting from America’s embrace of and concern for all Americans is beyond the pale.” 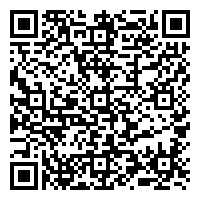