Muslim protesters in New York’s Time Square called for the massacre of the Jewish people this week.

An anti-Israel protest by Muslims in New York’s Times Square this week, December 8th,  turned particularly ugly, when Muslim protesters expanded their protest with calls for the massacre of the Jewish people.


The protesters began with their familiar calls for the destruction of the State of Israel:

They continued with calls for terror attacks:

And then moving away from Israel, the Muslim protesters in New York began calling for the massacre of Jews:

“Jews, remember Khaybar – the army of Muhammad is returning”

Khaybar was one of the oldest and largest Jewish cities in the Arabian peninsula, predating Islam by a thousand years. Muhammad’s army captured the Jewish city of 10,000 people in a surprise attack, placing the surviving Jews under Dhimmi laws.

We can only hope the FBI has put these people on their watch list. 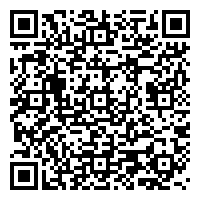