NY State Senator James Sanders Jr., representing the 10th district, which includes the Queens neighborhoods of Richmond Hill, South Ozone Park, Jamaica, Rochdale Village, Rosedale, and parts of Far Rockaway, issued an official statement on Monday, saying: “It is appalling and disgusting that in this day and age we are still dealing with blatant antisemitism and at a local public meeting no less.”

According to reports, on April 4, the Rockville Board of Trustees was debating permitting Chabad of Rockville Centre to erect a large menorah in front of their local branch which also serves as a home, when a resident named Michelle Zangari stunned local officials and fellow residents when she said: “This is very emotional for anyone who lives through the transformation of the Five Towns, many of those people live in Rockville Centre now. It began exactly this way. Rabbis and their families purchased homes, creating small synagogues. Congregants then looked to buy property nearby.”

She continued: “I am asking you to amend the village code so that a synagogue cannot be on every residential street like they are on the Five Towns. Please believe me and every Five Towns transplant that it can happen because we watched it happen.”

But you should really play her entire speech which was posted on YouTube but then locked:

Here’s a saved version of the 8 minute Antisemitic video, before it was made private on YouTube.

Shame on the speaker & shame on the Rockville Centre village board @VillageRVC for suggesting that it’s acceptable to redline Orthodox Jews out of your town
pic.twitter.com/4vQJeF722R

“In this country we welcome all people, including our Jewish brothers and sisters. They are just as much a part of this community as any other culture and religion and they deserve our respect. It is even more saddening that this would take place so close to the religious Jewish holiday of Passover and the Christian holiday of Easter, both times of faith and reflection when we should be speaking of peace and goodwill, not separation and discrimination,”  Senator Sanders said.

This menorah from @Chabad of Rockville Centre is what Michelle Zangari said concerned her about a “similar trend” in the Five Towns @CBSNewYork #antisemitism https://t.co/ThLdT0eUyo pic.twitter.com/HEhwxEXm98

Gov. Kathy Hochul was among the first state officials to respond, saying, “Everyone is welcome in New York. The despicable and antisemitic rhetoric used at a Rockville Centre board of trustees meeting has no place in our state. We must root out hate wherever it rears its ugly head.”

Congressman Tom Suozzi (D-NY), who is challenging Hochul in the primaries, said that “words matter,” and “Regardless of the intent of the speaker, the remarks are anti-Semitic and must be called out.”

Senator Chuck Schumer (D-NY) tweeted: “The antisemitic rhetoric and tropes used by a speaker at the recent Rockville Centre village board meeting are offensive and disturbing. We must never stop working to root out antisemitism, bigotry, and hate. Antisemitism has no place in America.”

Nassau County Executive Bruce Blakeman said “it is the duty of responsive public officials to condemn the type of anti-Semitic hate speech that was in evidence at the Rockville Centre Village Board Meeting. … Freedom to practice religion and freedom to live where one chooses are rights guaranteed by the Constitution. The remarks made by the resident at a recent Rockville Centre Village Board meeting were offensive and un-American.” 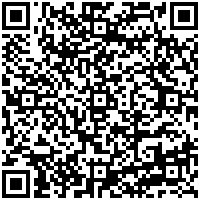