New York City’s Jewish worshipers who arrived at Congregation Bet Shalom for morning services on Wednesday were confronted by an unwelcome sight: the word “Hitler” was scrawled in white paint on the outside wall of their synagogue on Avenue X, in the Kings Bay section of Brooklyn.

? HITLER ? Is the message Holocaust Survivors who saw and experienced the atrocities of WWII have have to see at Congregation Bet Shalom this morning when they go to pray. Happening right here in our own backyards. America in 2022. pic.twitter.com/kL8sDIhlTp

“This is what Rabbi Asher Altshul, the rabbi of Congregation Bet Shalom found on his synagogue at 6:30 in the morning,” Vernikov said in her tweet.

“This is not just something we’re seeing in the media; this is happening in our own backyards. This synagogue is three blocks away from my house,” she noted, adding that elderly worshipers had a particularly difficult time with the incident.

“There are Holocaust survivors who attend this shul, and after the atrocities they have seen during World War II, they now have to come to a synagogue in the United States of America in 2022 and see a ‘Hitler’ sign on the wall,” she said. 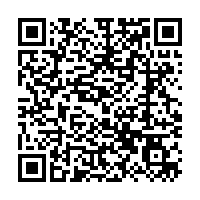