“You respond to darkness with more light and more mitzvahs. That’s the only way you overcome evil.” – Menachem Mendel Schneerson, the Lubavitcher Rebbe.

While world-renowned author Salman Rushdie, 75, continues to recover from potentially life-threatening wounds suffered by an assailant’s knife on the morning of Friday, August 12, at Chautauqua Institution, located between Jamestown and Buffalo in western New York, many security changes have occurred and are still being adjusted at the idyllic, bucolic, tranquil and peaceful 150-year-old retreat.

At the Zigdon Chabad Jewish House of Chautauqua, the challah bake scheduled for noon on Friday continued despite the horror just a few blocks away an hour prior to the event. The Shabbos dinner burgeoned from a few planned guests to as many as 50 residents and visitors vacationing at the Institution.

“The reaction of everybody was shock, pain and sadness. It definitely shattered the bubble of security and safety. You see immediately the reaction of the Institution was to increase personnel and adopt different rules and regulations to really monitor who comes in,” Rabbi Zalman Vilenkin told The Jewish Press exclusively.

“People came to us seeking comfort. We had a very big Shabbos dinner. We rearranged the whole Chabad House as a result of that. We had everything set up and plans to be ready to go for Shabbos and a large group of people wanted to come together as a community in comfort and in prayer and doing mitzvoth, so we rearranged the whole Chabad House and we had a beautiful Shabbos dinner. We had many women lighting Shabbos candles and many men putting on tefillin. We even had one man for the first time putting on tefillin. It was the first time since his bar mitzvah and now he’s in his early 70s. He never ever in his life put on tefillin.”

Vilenkin said the State Police had been in touch even prior to the stabbing incident.

“The State Police have reached out to us. We’re not here in the winter but when things happen around the Institution, they make sure we’re okay. They actually came to check up on the building when we were away. There is an interaction at times,” Vilenkin said.

With no bodyguards present by state police nearby the stage where he spoke at the Hall of Philosophy, an executive with the Anti-Defamation League said he keeps his guard up.

“I take security very seriously. I’m out there enough where the bad guys know who I am,” Oren Segal, vice president of the Center on Extremism, told The Jewish Press, onsite a week before the tragic incident in the Chautauqua Institution Amphitheater.

Just like life at the Chabad House went on as usual, the programming, learning and seminars went on one day after being halted to increase security concerns.

“Chautauqua is committed to providing a home for the voices of artists, creatures and speakers who had the ability to change the world for the better. That’s why we resumed our programming last night [Saturday night, August 13] and that’s why we will complete the important conversation slated for the rest of our season and beyond,” Chautauqua Institution President Michael Hill said at a news conference Sunday, August 14. “We can continue to pray for the healing of Salman Rushdie and Henry Reese [the moderator who was also injured on stage during the attack]. We are grateful to hear the news that both are on the path to recovery and we hold them in our deepest thoughts and prayers. While we heal the community, we also look to the future with deep gratitude to Gov. [Kathy] Hochul, to the New York State Police for their promise of continuing and enhanced support, which I think is evidenced by her presence today.”

Hochul, a Democrat, spoke before a small audience in the Hall of Philosophy.

Besides Hill and Hochul, attending the event updating the public on the health of Rushdie and safety upgrades at the institution was the state’s top cop and the county executive, a Republican.

“The state police are going to substantially increase our presence here. We’re going to do it in conjunction with the county sheriff and in discussion with the Institution staff,” said State Police Superintendent Kevin Bruen. “Some of the commitment you will see in terms of uniformed troopers, troopers with K9s and a lot of what will happen you won’t see. There will be investigators doing background work, threat assessments and other sorts of things to try to get ahead of something.”

Not invited to the event were the two Chautauqua County state lawmakers, who said they felt slighted and snubbed. They called the decision not to extend an invite purely political because both men are Republican and running for reelection.

“I immediately reached out to the governor’s office in the very first phone call after I was informed by our county executive what had occurred,” said Senator George Borrello, a Republican and former Chautauqua County executive told The Jewish Press in an exclusive interview. “Democrats love to say let’s set aside politics. That did not happen. I hope going forward that is not a continued trend. I’m disappointed that she put politics over something like this that had such a devastating impact on a gem in my district, Chautauqua Institution. If her staff advised her not to invite me, she should have pushed back. I’m disappointed.”

Also calling Hochul’s Sunday appearance at Chautauqua Institution a politically-motivated event, not a news conference, was the area assemblyman.

“The governor coming here was obviously political opportunism. I didn’t expect the governor to invite the two top state officials, who happen to be Republican, to attend her politically-motivated event. She wants to reach across the aisle to work with all the legislators who agree with her,” Assemblyman Andrew Goodell (R – Jamestown) told The Jewish Press. “You don’t express your opposition using the point of your knife or a gun or a fist or any other type of violence. That type of violence is just blatantly inappropriate. When the governor comes to Chautauqua County and gives a speech that condemns it and doesn’t invite any of the top Republican officials other than the county executive [who is not up for election this year], it suggests, from the governor’s perspective, that it is political in some respects. She makes it a political issue where it’s not a political issue, it’s an issue about freedom of speech, it’s an issue about being free from violence, it’s an issue about being able to recognize, appreciate and affirm the fundamental principles that make the United States an incredible country. I’m disappointed that she put a political spin on this but not surprised. Unfortunately, with this governor I always get the sense that it’s politics first and policy second.”

Meanwhile, Borrello and Goodell want the governor to support a measure they are sponsoring.

“We’ve been trying to get special deputy status for this police department for many years now. This assault and attempted murder are perfect examples as to why it is needed,” Borrello said. “Luckily, they were prepared and they had sheriff’s deputies and troopers there and EMTs who were able to address the situation quickly. The special deputy status for Chautauqua Institution had passed unanimously twice in the state legislature. The democrats would not bring the bill to the floor for a vote this year.”

The measure was vetoed by Governor Andrew Cuomo twice since 2014.

“We’re working with the governor’s staff to get their support. We’ve been working with the administration, not yet successfully, to get that bill through,” Goodell said. “The state normally doesn’t want to give any non-governmental entity the right to arrest anyone. The power of arresting someone has always been reserved to the government. The mall security can’t arrest you. They can detain you but they can’t arrest you.

“Then you have Chautauqua Institution, which has many of the attributes of a municipality. They provide water, sewer, they maintain the roads, the residents pay the equivalent of a tax to the organization. They provide fire service, they have a (volunteer) fire department and they have a security service. Chautauqua Institution was created by a charter of the state of New York. Some of the trustees are elected directly by the residents. It’s not black and white. It’s not a municipality because the board of trustees are not all elected and it’s not incorporated as a village but it’s certainly not like any private organization you would normally see. This legislation establishes that Chautauqua Institution will be responsible for any acts undertaken by these peace officers. Further, their jurisdiction will only be within the grounds of and properties owned by the Chautauqua Institution,” Goodell concluded.

Hadi Matar, 24, a resident of Fairview, N.J. rushed the stage Friday morning with a knife and landed as many as 15 stab wounds to Rushdie’s face, arm, abdomen and chest causing nerve damage to Rushdie’s arm. Stab wounds also caused damage to Rushdie’s liver, the only organ that can regenerate itself. Rushdie also suffered an injury to one eye and may lose his sight in that eye. A Chautauqua County sheriff’s deputy with a bomb-sniffing K9 cleared the bag Matar was carrying into the amphitheater which contained the knife used in the incident, state police said.

“The whole incident lasted less than 90 seconds and even though audience members did get up on stage before law enforcement arrived, the sheriff’s deputy and trooper came on stage in less than two minutes. They were nearby and I would not be critical at all,” Borrello said.

Rushdie remains hospitalized at the trauma center of the University of Pittsburgh Hamot Medical Center in Erie, Penn. Reese was released from the hospital over the weekend.

Matar has been charged with second-degree attempted murder for the brazen attack on Rushdie and second-degree assault for injuries suffered by moderator Henry Reese, 73, in the attack, according to Chautauqua County District Attorney Jason Schmidt. Matar was arraigned Saturday and remanded to the county jail without bail.

Matar has his next court appearance on Friday, August 22 “when bail will be set, most likely quite substantial. Then he’ll be tried for attempted murder in Chautauqua County,” Goodell said. 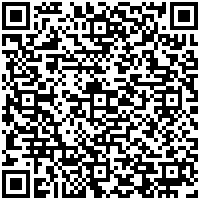