A New York City Council member is hoping to prevent any more deaths by fire in his district by introducing a bill to require the installation of smoke and carbon monoxide alarms in residential buildings in the city.

The bill introduced by Councilman Chaim Deutsch, co-sponsored by Council members Ritchie Torres and Mark Levine, would require installation of smoke detectors on every floor of all private and multi-family homes, as well as in the common areas of all apartment buildings. All apartment buildings would be required to install carbon monoxide alarms in dwelling units and in common areas as well.


After two tragic fires in his district – one in March of 2015 that claimed the lives of seven young children, and one in December of 2017 that claimed a mother and three young children – Deutsch has been an active proponent of the “Get Alarmed NYC initiative,” which aims to outfit every New York City home with free smoke/CO alarms.

“This new bill will take this effort a step further by requiring the installation of these lifesaving devices in private homes, as well as common areas in multiple dwellings,” he said Friday. Deutsch noted that many homes may already have an alarm, but those that don’t can take advantage of Get Alarmed NYC and have them installed for free by the American Red Cross.

In 53 percent of fatal fires in 2017 there was no working smoke alarm present on the property, Deutsch said. “We lost 73 individuals to fires in 2017 – a rise of more than 50% from 2016. Several years ago, an NYPD police officer lost his life after responding to a call that led him into a smoke-filled hallway of an apartment building. A smoke alarm in that public area could have saved his life…

“This bill will literally save lives by providing early detection and giving victims of smoke or CO poisoning a chance to alert 911. New Yorkers cannot afford another preventable fire fatality.”

This report was posted in New York prior to the start of the Sabbath. 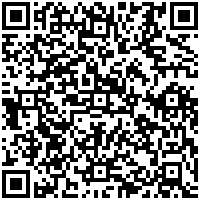