The city of Kfar Saba held its first gay pride parade this month, and eight more Israeli cities will hold similar parades in coming weeks. According to a recent Gallup poll, 67 percent of Americans support same-sex marriage compared with 27 percent in 1996. How should Jews feel about these developments?

“Sexual morality is the root of all spiritual and moral welfare,” Rabbi Samson Raphael Hirsch writes in his commentary to Vayikra 5:31. He adds on Vayikra 18:6: “The moral and social disintegration of the antediluvian world set in when men first began to choose their mates not in accordance with God’s Will but in accordance with their personal caprice…. This state of affairs extinguished the Divine spirit in man and sent mankind to its grave.”

Both adherents and critics of Modern Orthodoxy may be surprised to learn that Rabbi Hirsch’s view appears often in the works of Rabbi Dr. Norman Lamm, president of Yeshiva University from 1976 to 2013. Writing in The Jewish Observer in 1969, Rabbi Lamm condemned “the scandalous effort by certain clerical groups to legitimize homosexual ‘marriages’ provided both partners truly love each other.” He added, “Once love is set up in opposition to law (and the tension between them is always resolved in favor of love), love itself can become a menace to all other values cherished by civilized man.”

In “Judaism and the Modern Attitude toward Homosexuality” (1974), he writes:

Under no circumstances can Judaism suffer homosexuality to become respectable. Were society to give its open or even tacit approval to homosexuality, it would invite more aggressiveness on the part of adult pederasts toward young people. Indeed, in the currently permissive atmosphere, the Jewish view would summon us to the semantic courage of referring to homosexuality not as “deviance,” with the implication of moral neutrality and non-judgmental idiosyncrasy, but as “perversion” – a less clinical and more old-fashioned word, perhaps, but one that is more in keeping with the Biblical to’evah.

In a 1992 lecture on “The Future of Creativity in Jewish Law and Thought,” Rabbi Lamm said:

True creativity means working out of freedom within certain restricting parameters, whether artistic, legal, moral, or spiritual…I do not accept as examples of halachic creativity such spurious heterim as driving to shul on Shabbat, patrilinealism, “alternative sexual lifestyles” – all of which, incidentally, have been paraded before the public as halachically justified and as examples of “courageous” halachic creativity. Such is the latest grotesque “creative adaptation” of halacha by unrepentant and publicly assertive homosexual rabbis (or: pulpit pederasts).

Reflecting on his 1974 article in 2005, Rabbi Lamm noted that any “homosexual militant who wants to make a point says if you don’t agree with him a hundred percent, you’re a homophobe, which is nonsense. They’re just trying to con the rest of us.” He added, “They want to take certain activities out of the closet. I say no, the Ribbono shel Olam created the closet for a reason.”

And finally, most recently, in 2007, Rabbi Lamm spoke about “theoreticians of the New Morality”:

[T]his as-long-as-you-don’t-hurt-anyone morality threatens to undermine the whole structure of morality as we know it, and to destroy the family as the fundamental collective unit upon which society is based. The negative rule of not-hurting-anyone-else is bound to become the sole normative criterion for all legal codes in the Western world…Thus, adultery and homosexuality will be legally permitted where both parties consent – and are of the age of consent – and no third party is injured thereby.

Contemporary Modern Orthodoxy too often seems to mean private observance and public support for a zeitgeist contrary to Jewish morality – what Rabbi Aharon Lichtenstein once described as a “withdraw[al] into a sort of observant secularism – a life largely motivated by secular values although regulated by religious norms.”

In 2016, the associate director of a “Proudly Modern Orthodox” yeshiva in Jerusalem wrote, “I support the legalization of gay marriage.” This month, the Talmud department chair at Yeshivat Chovevei Torah wrote of “orthodoxy’s exclusionary stance” toward “the [homosexual] community” and claimed, “With time, it gets ever more difficult to champion the cost benefit ratio.”

Rabbi Lamm’s resolute defense of traditional values represents the opposite of such incoherent retreat. He exemplifies how engagement with modernity should never usurp loyalty to Torah and the morality it demands. 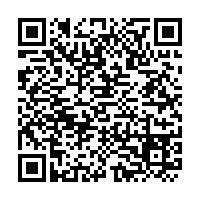