“It’s like a war zone,” said Rabbi Akiva Eisenstadt, surveying the damage in Manhattan Beach, a day after Hurricane Sandy swept through New York. “It’s beyond anything anyone has ever seen.”

Manhattan Beach, on the southern tip of Brooklyn, was one of several communities in the tri-state area pummeled by the storm, which caused, across the eastern coast of the country, an estimated $20 billion in property damage and left at least 55 Americans dead and 8.2 million without power.


By Wednesday, Manhattan had still only partially recovered from the super storm as much of the mass transit system that transports millions into the city daily remained shut down. Some experts estimate it will take a week or more before service returns to normal.

Simply pumping all the water that flooded New York’s subway stations and tunnels may take several days. Engineers will then have to assess the infrastructure’s structural soundness. Some fear the corrosive salt water may have also destroyed electrical switches, lights, and the power-conducting third rail.

Metropolitan Transportation Authority Chairman Joseph J. Lhota said Tuesday, “The New York City subway system is 108 years old, but it has never faced a disaster as devastating as what we experienced last night.”

While most of the reports from several communities in New York City – such as Washington Heights, Midwood, Boro Park and Crown Heights – only weathered streets blocked by downed trees and power outages, others sustained a high percentage of homes with massive damage.

Shorefront areas in lower Brooklyn experienced catastrophe. “Two of my friends who lived in ranches lost everything they had,” said Ari Epstein, a resident of Manhattan Beach, where the water filled the streets up to six feet above street level. On Tuesday, after the water had receded, an oily muddy residue remained on every block. Virtually every house in the neighborhood, Epstein said, suffered extensive water damage, destroying furniture and myriads of expensive and sentimental household items. “It’s crazy, unbelievable.”

Rabbi Eisenstadt, who serves as rosh kollel of Manhattan Beach’s Community Kollel, said one waterfront house was on the market before the storm for $9.5 million. Now, “his whole property is destroyed.”

Even Hatzolah was powerless in the neighborhood. The rescue organization received at least two calls about electrical fires but could not respond, a Hatzolah member told The Jewish Press. The roads were simply inaccessible.

In nearby Sea Gate, an area that was similarly overwhelmed by water, one Jewish man survived the storm on top of a garbage truck, an official from the volunteer Chaverim organization reported. The man declined to evacuate when asked; by the time he changed his mind and started driving away, water blocked his path. Seeking higher ground, he spotted a nearby garbage truck and climbed on top of it. Freezing from the cold weather, he wrapped himself in his tallis, the Chaverim official said.

The water also filled parts of Woodmere and North Woodmere, on Long Island, where many homes were almost completely underwater and many residents had to be rescued by National Guard boats.

Summing up the conditions of the Five Towns, Gabriel Boxer, a resident of Hewlett, posted on Facebook: “The entire 5 Towns smells like salt water.”

In addition to the mass flooding and power outages, some suffered from storm-related fires. Rabbi Yossi Serebryanski said two cars exploded from downed electrical wires near his house in Canarsie, Brooklyn. Several other fires blazed on nearby blocks with fire trucks scrambling to get to them. Eventually, firemen took down several power lines to prevent further fires from erupting. Rabbi Serebryanski emptied his refrigerator and headed to relatives in Crown Heights, Brooklyn.

Fires also destroyed more than 100 homes in Breezy Point, Queens. Among them was the residence of Rep. Bob Turner (R-NY).

Bayswater, Queens also suffered greatly. Resident Annette Turner said she has no idea when she will be able to return home after the peninsula community was overwhelmed by water. Among the area’s victims was the Agudah of Bayswater, which was completely destroyed – just one week after the shul had finished repairing damage sustained in last year’s Hurricane Irene storm. 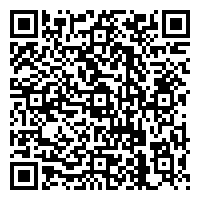