More than 7,000 registered nurses at the Montefiore and Mount Sinai NYC Medical Centers went on strike Monday morning after overnight talks failed to reach agreement on a new contract.

Nurses are walking the picket lines from 7 am to 7 pm at four locations, three of which are at Montefiore sites in the Bronx, and one at Mount Sinai hospital on Manhattan’s Upper East Side.

Health care services were disrupted at both hospitals, according to The Gothamist.

The New York State Nurses Association (NYSNA) had reached eleventh-hour agreements with six other hospitals, averting strikes in those locations.

Maimonides Medical Center in Brooklyn’s Borough Park neighborhood was one of the sites that reached an agreement with the nurses, who are striking for better pay, more staff and a safer working environment.

New York Governor Kathy Hochul called for binding arbitration between the hospitals and the nurses’ union, saying, “No one puts more on the line to care for New Yorkers than our nurses.”

She added that the New York State Department of Health will continue to enforce staffing requirements under the law at the strike-struck hospitals “to maintain the delivery of essential health care services to the community and protect patient health and safety. Likewise, the Health Department will continue to ensure that all providers are meeting the requirements of the law.”

Among others, Congressmember Jamaal Bowman joined the picket line for a short time, and said in a tweet, “If CEOs can double their pay, we can give our nurses a fair contract.”

Bowman did not mention the fact that New York state lawmakers also raised their own salaries by 29 percent last month during a special session. Members of Congress have also introduced legislation aimed at a pay raise, but the bill has not gone to a vote. 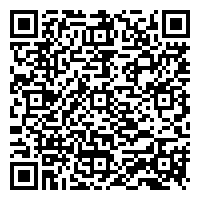