Public schools throughout the city started hosting vaccination stations. The campaign is scheduled to continue through next Monday, with each school hosting a vaccination site for one day.

Students must be with an adult and have verbal (by phone in some cases) or written consent from a parent or guardian.

More than 1,000 pop-up vaccination sites are opening up at schools across the city this week – about 200 school sites each school day through next Monday.

Some schools ran out of the vaccine on Monday within an hour or two; according to NBC News-4 New York, a number of locations were provided with very few doses.

Last week, Mayor Bill de Blasio offered a $100 incentive per children for parents to take their young ones to city-run clinics for the shot, which has a lower dose than that used for adults.

More than 1,670 children in the city ages 5-11 had already been inoculated by Monday morning, the mayor said.

“We want to say to parents, ‘We will help you do it,’” de Blasio told reporters at his daily briefing on Monday morning.

“All city workers and contractors will have an additional four hours of paid sick leave to get each child vaccinated.”

The mayor cited high demand for the shots at schools in District 1 and 2 in Manhattan, and District 15 in Brooklyn. 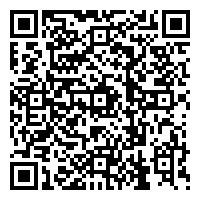