The company announced this week that it will change its structure from three major units to five; in the process, the company is splitting off and isolating its ice cream unit which includes Ben & Jerry’s Ice Cream.

The Ben & Jerry’s independent board of directors last year terminated renewal of its franchise agreement with an Israeli company because it refused to stop distribution in the Jewish communities of Judea and Samaria. The move sparked a global outcry and saw the American states of New York, New Jersey, Florida, Texas, Illinois, Colorado and Arizona announce decisions to divest their pension fund investments in Unilever due to violations of laws barring participation in the international Boycott, Divest & Sanctions (BDS) campaign against Israel.

“Growth remains our top priority and these changes will underpin our pursuit of this,” said Unilever CEO Alan Jope.

The move enables Unilever to sell off sluggish businesses but also follows reports last weekend that Nelson Peltz’s Trian Fund Management LP had acquired a stake in Unilever, a move that followed Unilever’s decision to abandon a $68 billion bid for GlaxoSmithKline PLC’s consumer healthcare business — an attempt that was unpopular with Unilever shareholders.

RBC analyst James Edwardes Jones told The Wall Street Journal on Wednesday that Unilever may focus on selling off its ice cream division, which has grown more slowly than food brands in its new nutrition division. 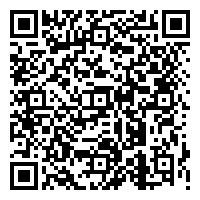