Incoming President-elect Joe Biden plans to appoint Anne (Chani) Neuberger, an Orthodox Jewish woman, to serve in a newly created cybersecurity post in the incoming National Security Council, according to a report by Politico, which quoted two sources with knowledge of the matter.

One of the highest-ranking women in the US Department of Defense, Neuberger currently lives in Baltimore.

A Sabbath-observant graduate of the Bais Yaakov school system, Neuberger grew up in the Brooklyn Jewish neighborhood of Borough Park and spoke Yiddish at home.

But don’t underestimate her: She is a career intelligence official who joined the National Security Agency more than 10 years ago, and has served as the NSA’s first director of cybersecurity since 2019.

Among her responsibilities was the management of intelligence information sharing between the NSA and other government agencies, in addition to the private sector, regarding threats to critical infrastructure.

In her new role as deputy national security adviser for cybersecurity, Neuberger will be responsible for the coordination of the cybersecurity efforts of the federal government. Among those tasks will be the response to last year’s massive attack on America’s top government agency’s by suspected Russian hackers.

In speaking about Neuberger’s move up to the White House, a Congressional staffer told Politico that her experience is “needed now more than ever at the highest levels of government, especially in light of recent events and the shifting cyber threat landscape.”

There’s a good reason Neuberger went into the field of defense: Neuberger’s parents, Rivki and Mendel Yitzhak (George), were on the Air France flight that was hijacked to Entebbe in 1976. Despite their American citizenship, they were kept with the Israeli hostages because of her father’s kipa. They were rescued by the IDF and brought to Israel. 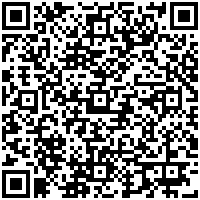