The three terrorists, all of them armed, were in a vehicle at the time and were killed while preparing to open fire at members of Israel’s “Yamam” counter terrorism force. There were no Israeli casualties, the Shin Bet said. According to the PA’s official WAFA news agency, a fourth terrorist was arrested.

All three members of the cell belonged to the Al-Aqsa Martyrs Brigades, linked to the military arm of the Palestinian Authority’s leading Fatah faction headed by Mahmoud Abbas.

The terror cell had been responsible for at least four shooting attacks in the past two weeks aimed at IDF soldiers and Jewish civilians in Judea and Samaria. According to a report by Ynet, the terrorists were planning another attack for Tuesday night. The Walla! News outlet reported that officials ordered the rain after the terrorists were seen getting in their car with weapons and ammunition.

In response, the Al-Aqsa Martyrs’ Brigade terrorist group vowed revenge in a statement published by the Bethlehem-based Ma’an news agency, saying, “The blood of our martyrs will not be in vain, and the response will come, God willing. Blood will be met with blood.”

Thousands of Palestinian Authority Arabs participated in the funeral for the three terrorists on Tuesday afternoon, chanting “With blood and spirit we’ll redeem you, O Martyr!”

The operation was condemned by the Palestinian Authority cabinet, which called for an international probe into the incident. “The cabinet calls upon the United Nations and international human rights groups to condemn this heinous crime and work to bring the perpetrators to justice,” the PA ministers said in a statement. The PA Foreign Ministry referred to the operation as an “execution.”

A member of the Opposition’s Joint Arab List faction, Tibi warned in a statement at the Knesset podium – delivered to a near-empty chamber — that there will be “no end to the violence” until there is an “end the occupation.” Tibi referred to those killed in the raid as “Palestinians.

His colleague, Arab Joint List MK Sami Abu Shehada, likewise called the operation an “extrajudicial execution against three Palestinian youths. . . This is a serious crime that adds to the daily crimes of the Israeli occupation,” Shehada added.

“This government, and each and every member of this coalition travel with the responsibility for this deterioration,” he added.

Prime Minister Naftali Bennett praised the operation, saying in a statement, “The Israel National Counter-Terrorism Unit, the ISA and the IDF – our forces have proven today, once again, that there is no immunity for terrorists. Whoever harms us – will be harmed.”

Defense Minister Benny Gantz likewise praised the forces, noting that he had recently ordered “preventive” actions be stepped up against shooting attacks and troop presence in central arteries and areas of Judea and Samaria.

Border Guard Police Chief Amir Cohen praised the soldiers directly in a conversation with the head of the Yamam force, saying, “You again proved that Israeli citizens have someone to rely on.

“You acted courageously and caused the thwarting of a dangerous terror cell that intended to continue carrying out terror activities,” he said, according to a statement by Israel Police. 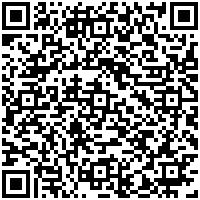