Protesters attending an anti-Israel rally at Rutgers University showed their antisemitism this weekend after the event concluded.

The “Defend Al Aqsa Defend Palestine” rally and protest, held by the local chapter of the international Students for Justice in Palestine (SJP) organization, was held Friday afternoon at the university’s Rutgers-New Brunswick Brower Commons building.

The demonstrators drove to a Jewish fraternity house following the event to harass the students there, waving Palestinian Authority flags and calling the Jewish students “baby killers” and “terrorists” while parked in front of the fraternity house.

? Rutgers University – attendees from a Students for Justice in Palestine (SJP) rally yesterday drove to a Jewish fraternity house to harass members, waving Palestinian flags and referring to the Jewish students as baby killers and terrorists. pic.twitter.com/7E3eflrDf0

The antisemitic harassment took place on the seventh day of the eight-day Passover holiday.

SJP is a pro-PA college student activist organization that holds antisemitic events in the United States, Canada and New Zealand, campaigning for boycott, divestment and sanctions against corporations that do business with the State of Israel. 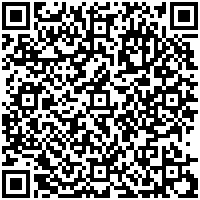