The Chabad House of Louisville, Kentucky was destroyed Saturday, the final day of the Diaspora’s eight-day Passover holiday, in a fire that started at around noon.

The building is located near the Jewish Community Center of Louisville, off Dutchmans Lane, according to a report by television station WDRB.

At around noon, the Chabad House itself went up in flames, with the entire structure, sanctuary and everything within, destroyed.

The Torah scrolls, however, were rescued.

“For so many we did not just lose our place of prayer, but our place of peace, community and belonging,” Litvin said in a news release.

“The Lubavitcher Rebbe, Rabbi Menachem Mendel Schneerson, my personal mentor and the foremost Jewish leader of the modern era, envisioned a Chabad house as a spiritual home where every Jew is welcome.

“Following the terrible storms (last winter), Chabad was immediately on the ground helping those in need. We were constantly struck by the incredible resolve shown by everyone we met.” Litvin said.

“Following their example, and inspired by the Rebbe’s boundless optimism and love, we know our best days are ahead and we will continue on from strength to strength,” he added.

The rabbi noted, however, that the quick acceleration of the fire in the synagogue has prompted the Louisville Metro Arson Unit to launch an investigation. 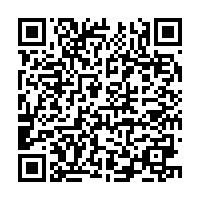