New York State Governor Andrew Cuomo has spent months trying to persuade state residents to “take the test” — even going so far as to personally allow a health official to administer a coronavirus test to him during a live broadcast of a daily news conference, to show how painless and easy the process is.

But it appears the issue for most people, at least in New York City, is not the physical discomfort of the test.


A Jewish resident in the Borough Park section of Brooklyn explained this week to the local news outlet, BoroPark24, why people are so leery of being tested. The explanation was quite chilling.

This individual’s lab-certified test results, which came back positive, were brought to the “NYC Test & Trace Corp.”

“I would not recommend that anyone else make this mistake because of the intrusive nature of the Test and Trace Corps,” the unnamed reader told the news outlet.

“For instance, 48 hours ago, the city was first notified of the positive test results of myself and one of my children. Since that time, I have received more than eight phone calls from the NYC Test & Trace Corps. Many of these eight calls took more than 30 min. to ask me questions about my gender, race and ethnicity. In addition, two different people from two different team members over a period of a couple of hours visited our home and asked to speak to me privately.

“While the city wants to trace those who test positive, I found the NYC Test & Trace Corps to invade my privacy.

“The unpleasant symptoms of coronavirus, such as fever, chills, and weakness make it quite difficult to spend time answering ridiculous questions. It’s enough that I have a fever, no appetite, constant headaches, and more. Speaking on the phone and being visited by random strangers is nowhere near the top of my list of things I want to do right now.

“So to all those people who wonder why New Yorkers are refusing to take COVID-19 tests, please consider the great inconvenience and intrusive nature of the Test & Trace Corps.”

This particular reader urged everyone who tests positive “or even exhibits any symptoms of COVID-19” to follow the CDC recommended guidelines and precautions, noting that those who are sick “must stay in isolation and notify everyone with whom they have come into contact.” JewishPress.com does not offer any medical recommendation nor is it qualified to offer any medical advice.

It is worth noting, incidentally that contact tracing is swiftly and silently carried out in Israel via cell phone tracking software used by the country’s intelligence service after first having been fiercely debated for days on end by the lawmakers who represent the population — Israel’s Knesset — and only then was approved for use with certain limitations.

Those who are ill with the virus are expected to remain home and quarantined, rather than out and about spreading the illness to others.

However, a “spot check” that requires calls and/or visits from two different people within the period of “a couple of hours” in addition to eight phone calls lasting more than 30 minutes a piece, asking questions about one’s gender, race and ethnicity, involves questions that sound much more like research than tracing.

One might even consider questioning the legality of questions repeatedly being aimed at a patient obviously ill with COVID-19 for 30-minute periods at a clip, and also consider wondering whether that same procedure is being replicated in other sections of the city and/or elsewhere in the state.

If it is, it might also be worth asking where all that data is going, who will be producing the final report, and when it will be published.

Members of the media are likely to be interested in seeing the results. 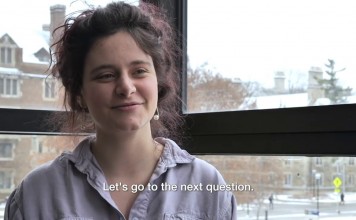